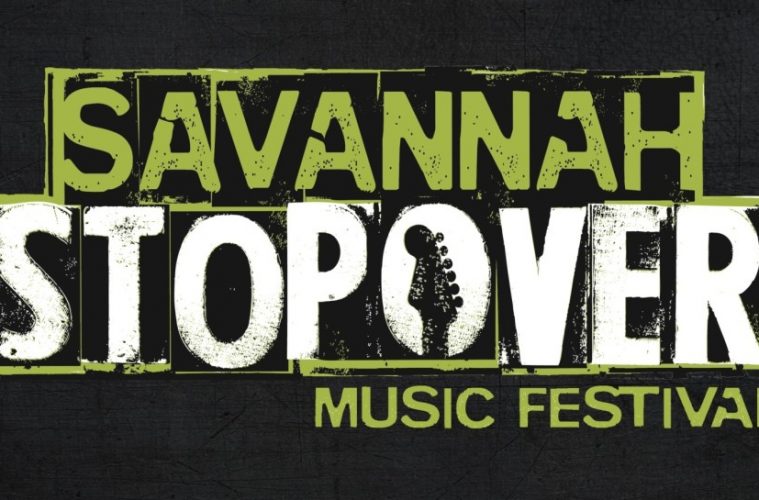 The 9th edition of Savannah Stopover is almost upon us, which means WUOG’s media correspondents will shortly be upon Savannah! With over 80 artists, there’s sure to be something for everyone – here are some artists our Music and Local Music directors are especially looking forward to!

The Stopover is March 7-9, and more info can be found at their site.

Fresh off the release of their new album Why Hasn’t Everything Already Disappeared, Deerhunter is sure to be one of the standout performances of the weekend.  Mixing rhythmic hypnogenic-pop sounds with patient and precise guitar work, the group is able to consistently break new ground while staying true to the core sounds of their earlier works.  In recent years, more varied instrumentation and more involved production have brought even more life to their songwriting, and this has applied even more heavily when looking at recent live performances they have put on this tour. – Mason Cardwell

Since releasing the Crushed Pennies  EP in 2013, Kevin Patrick Sullivan has been playing his unique and heartfelt brand of lofi folk under the name Field Medic, and in the six or so years he’s been active he’s only improved his craft. After signing to Run For Cover Records in 2017 and the re-release of much of his back catalogue on the same year’s Songs From the Sunroom compilation, Field Medic has been steadily building an ever-growing fanbase, and with the confessional vulnerability of songs like “uuu” and the recent single “henna tattoo”, it’s not hard to see why. With a new album (fade into dawn) due out about a month after the festival and the intimate nature of his shows (featuring drum loops played on a boombox he refers to as his bandmate), Field Medic’s set at Savannah Stopover is certainly one I’m looking forward to. – Will Morris

Last year, many fans of Dacus, including myself, were not ready for the emotional gut punch that would be Historian. I could not have been happier seeing her kick off this festival, as I have been long anticipating a chance to see her live.  With incredibly evocative lyrics, she is able to craft songs that are both incredibly personal but surprisingly relatable, which is no small feat.  If strong vocals and songs that will stick in your head for the weeks to come are traits that interest you as a concert goer, I hope to see you all crying in the crowd with me on Thursday. – MC

Though he was a member of fairly iconic alternative country and indie rock groups Lambchop and Silver Jews, I first heard of William Tyler through his solo work. Some internet forum spoke highly of 2016’s Modern Country, so I decided to give it a spin and was entranced. The album’s sprawling, instrumental Americana and American Primitive guitar stylings drew me in. It’s not really the kind of thing I usually listen to – my country and folk listening habits focus more on the vocals and lyrics than anything else, and I’m generally not a huge fan of longform instrumental pieces that slowly build over seven or eight minutes, but Tyler’s knack for songwriting and album atmosphere are just lovely. I’m so excited to see his masterful playing in person! – WM

Very few bands are able to mix such potent pop songwriting abilities with driving punk instrumentation like The Beths can.  Originally from New Zealand, this incredibly talented four-piece should definitely be on your radar this weekend, and they are definitely one of the performances that I am more excited for.  Along with incredibly fun and danceable instrumentation, the group is able to deliver both witty and hard hitting lyricism, often delivered in beautiful and layered harmonies.  They also recently released a seven-inch that is steeped in Christmas sentiment, which has only brought them closer to my heart. – MC

My first exposure to Dope KNife was watching him open for JPEGMAFIA and milo about a year ago. Maybe it was because I ended up having to leave just a few songs into milo’s set (which I’m still sad about), but what I most remember about that night is Dope KNife’s energetic performance. The man knows how to work a crowd! Seeing as this will be a hometown show for Mr. KNife, I’m sure the excitement will be tangible in the room. 2017’s NineTeenEightyFour featured beats made with live Savannah musicians, creating a unique sort-of-jazzy, sort-of-trippy sonic atmosphere he owns with rhymes about social commentary, dark humor, and trying to deal with the ennui of daily life under late-stage capitalism. – WM

Currently based in London, it is always a treat to see The Joy Formidable state-side.  Mixing hazy guitar work with progressively more experimental production and songwriting, they are a must-see this weekend for any fan of shoegaze, or shoegaze adjacent genres.  With both the momentum from their late 2018 release AAARTH and a tour accompanying the Foo Fighters, accompanied with years of solid experience and showmanship, they are sure to give an electrifying performance, and great way to wind-down the weekend. – MC