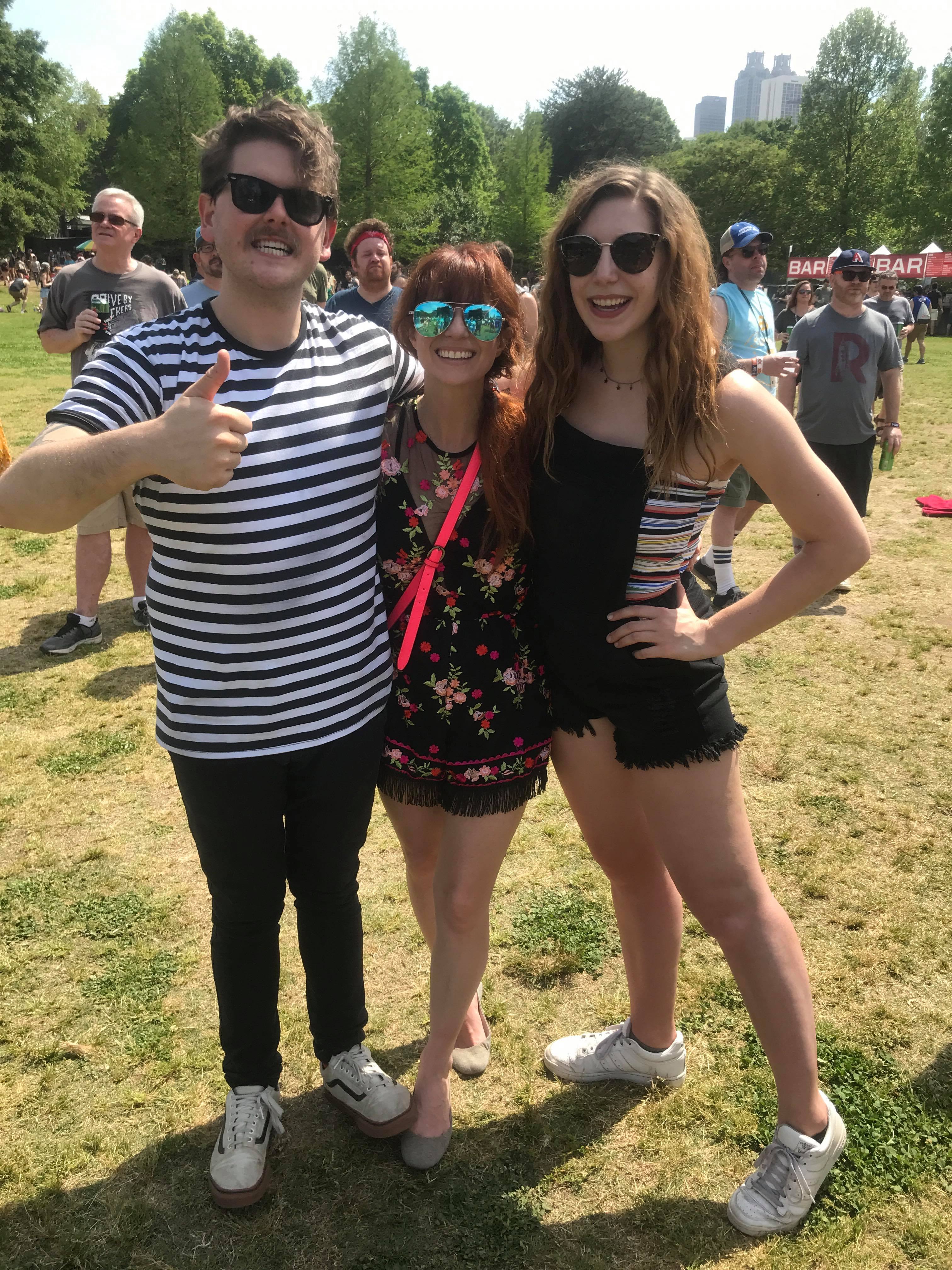 WUOG hangs out with *Repeat Repeat at Shaky Knees

News Editor Ava Alabiso caught a set with *repeat repeat at Shaky Knees and asked the duo a few more questions to follow up her interview  with them from last November.

*repeat repeat was one of the first bands to kick off day one of Shaky Knees. Despite leaving their Nashville home at 3 a.m., they put on an energetic set that set a great tone for the entire festival. The husband and wife duo played hits off their most recent album, Floral Canyon including my personal favorites “Mostly” and “Speaker Destroyer.” They also covered Rage Against the Machine’s “Sleep Now In the Fire” which had the whole crowd jumping and singing along.  I was lucky enough to get to catch up with them later in the day to watch Ezra Furman’s set and ask a few questions about festivals, pets, and new music.

Kristyn and Jared recently went to South by Southwest and after Shaky Knees they will be playing at Bonaroo. They said that they enjoyed touring and especially liked doing festival circuits, one of the upsides being the chance to see other artists. Kristyn immediately exclaimed, “Alvvays!,” a statement to which Jared agreed with when I asked who the were looking forward to seeing at Shaky Knees. In fact, as one of the couple’s favorite bands, Alvvays was the reason they decided to stay for the whole festival.

I was dying to know how on earth they tour with 11 rescue animals, which includes a horse. They told me that they have another musician couple that comes and watches the animals while they’re away.  I was also curious as to what the situation was with their horse, Kristyn explained they kept their horse on a farm about 45 minutes outside of Nashville and she went out about once or twice a week to see it.

When asked if all of these festivals and tours were maybe leading up to some new music they were vague but enthusiastic, hinting that something special might be in the works.

You can check out *repeat repeat’s most recent album, Floral Canyon, here!