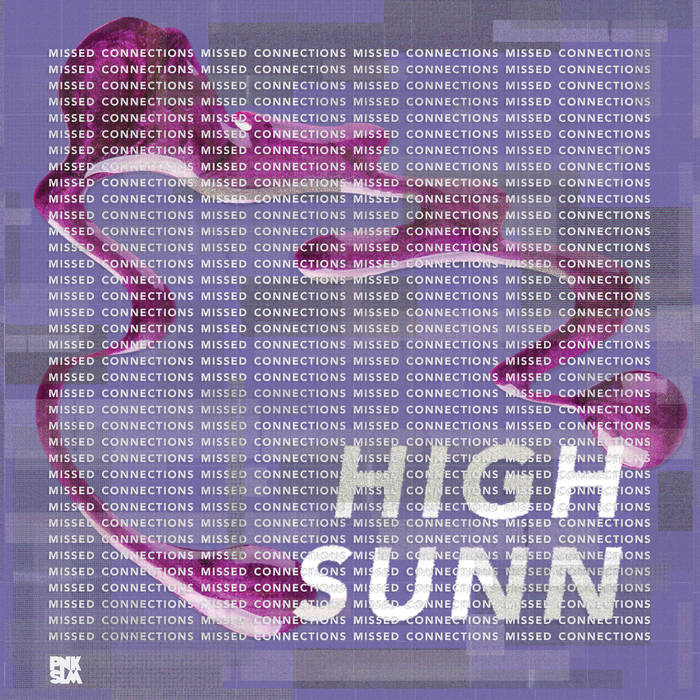 With emergence of the internet essentially demolishing the  niche once occupied by A&R, a new phenomenon emerged: the bedroom pop phenom. From the opiate-fueled malaise of Sam Ray to the Will Toledo’s “Stephen Malkmus…but millennial” schtick, the general public began to eat up the lo-fi to hi-fi glow-up narrative as fast as the machine could churn out prospects. With San Fransisco-based lo-fi polymath Justin Cheromiah and his debut LP as High Sunn, Missed Connections, for once the machinery of hype may have churned out a worthy product. Active since 2015 with a prolific Candcamp back catalogue to show for it, Cheromiah picks up on Missed Connections where his previous studio EP Hopeless Romantic left off by giving his reverb-soaked and jangly surf pop a hi-fi coat of paint. With Missed Connections, the obvious point of reference is Nathan Williams and Wavves circa King of the Beach, and the influence certainly shows. Album standout “Freshman Year” utilizes manic arpeggios while Cheromiah’s exasperated vocals reflect on the maudlin emotions of youth, dealing in simplified, grandiose, statements like “it’s my fault” and “I’m not surprised you found someone else.” In less deft hands, such simple declarations of juvenial sorrow would read as male entitlement writ large, but the passionate vocal delivery allows for a lyrical transubstantiation of sorts, going from cliche to sincerity with ease. “Soft Spoken” dials back on the manic energy pulsating through most of the album, trading in surf-influenced riffs for a more traditional power pop structure, recalling mid-period Built To Spill when Doug Martsch was at his most melodramatic. “Indirect Kiss” is the LP’s pure dopamine rush, a reimagining of peak Wavves if  Best Coast’s Bethany Cosentino held just a little more influence over Williams’ vision of the project. While only running a brief 28 minutes, Missed Connections is youth encapsulated, the manic highs and depressive lows put to tape, a pure exercise in empathy toward romantic naivety. Cheromiah’s vision of the world is a simpler one, a collective existence simply made up of kids who only make “songs for you to dance along” in search of oh so elusive love. While it may be easy to nitpick the lack of substance or lyrical refusal to engage with any sort of emotional depth, it is within that outright refusal that the album captures the objective truth and experience of youth, a distillation so rare the listener has no choice but to listen and hold it close while they still can, and Chermoiah sure does make it easy to.