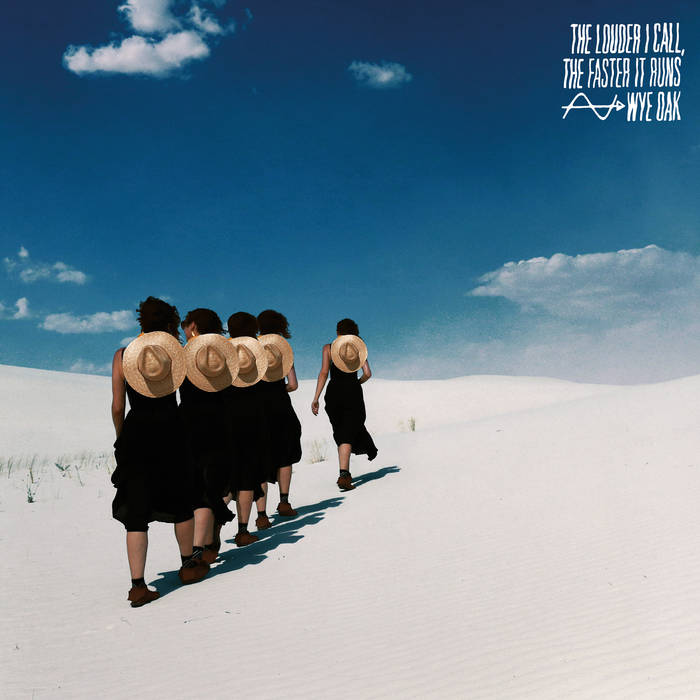 Wye Oak – The Louder I Call, The Faster It Runs Featured Album Review

It should come as no surprise to anyone that Baltimore has the privilege of boasting one of the largest selections of dream pop groups in the country.  The new album by Wye Oak, The Louder I Call, The Faster It Runs, cements the band as a standout of the region.  This description may surprise older fans who have only listened to their earlier works, such as 2011 album Civilian, which is a far cry from the ethereal sound present on their newest album.  While it may come as a shock, the band has undergone an incredibly fluid and graceful transition to this new sound.

The first thing to note is that this album is far more grounded that let’s say a Beach House album typically is.  Often, the songs have dense and varied instrumentation accompanying Jenn Wasner’s  floating vocals, as seen on tracks such as “The Instrument” and “The Louder I Call, The Faster It Runs.”  This helps maintain the dreamy aesthetic of the album, but goes a long way in keeping listeners engaged, helping to distinguish Wye Oak from their contemporaries.  The track “Symmetry” has one of the heaviest driving basslines of their entire discography and would have fit in well on 2014’s Shriek.  That all being said, the band is still able to deliver some light and beautiful synth-pop tracks such as “Lifer” and “Over and Over.”  The faint guitar and steady guitar voices create an almost out-of-body experience for fans of the genre, ranking these songs as some of the standouts of the album.  Overall, The Louder I Call is able to provide a peaceful escape for its listeners throughout the near entirety of its run time, and is able to find unique ways to distinguish itself from the oversaturated sonic market it finds itself in.