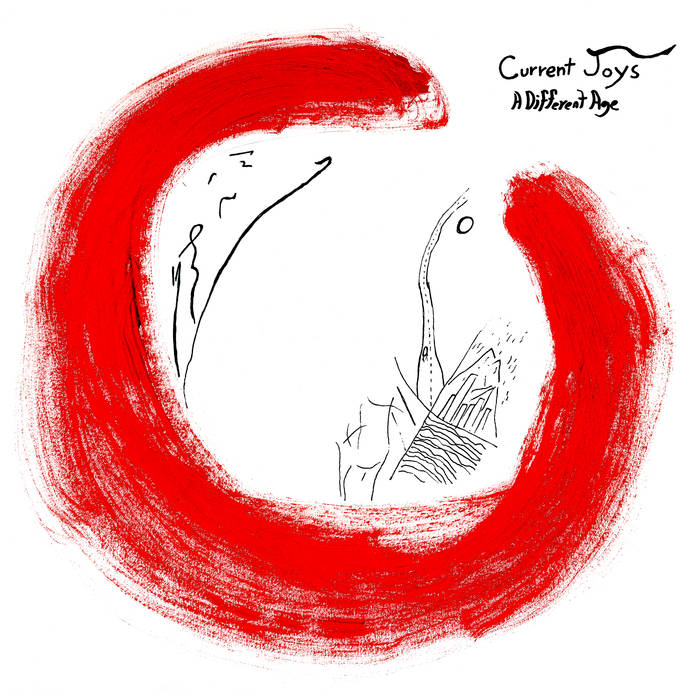 If there’s one thing Nick Rattigan seems to be good at, it’s being sad. Under the moniker Current Joys, he has created a space for himself to cope since he launched the project in 2013. Over the last five years, it’s felt as though Rattigan cemented his niche in the music scene with simple percussion beats that are drowned out by escalating guitar riffs. This sound has been his trademark, his comfort zone, but for the first time, Rattigan is finally setting himself free with his fourth full length album, A Different Age.

The album seems to ring Current Joys into exactly what the title says: a different age. It feels as though Rattigan is no longer running from heartache and succumbing to nostalgia, but he is rather confronting his toxic relationships with both of those things. He’s being honest with himself and the world. In “Alabama,” the album’s third track, Rattigan croons “I’m sick of being someone I can’t stand / Chipping away at my brain.” As with this song, the way his lyrics seem to arise from a hollow chest is almost tangible. His lamenting acknowledgment of who he was when he wrote the album marks a step forward for Rattigan—he is no longer solely placing the blame on others, but is taking responsibility for the part he played in his own hurting.

A Different Age is the most mature work Current Joys has put forth thus far. The music itself has evolved with a more stripped down sound. The guitar riffs and melodies alike all stand apart, equal on their own, rather than a cacophony of instruments fighting for the spotlight. Everything about A Different Age is meticulous and purposeful. The chaos of previous releases like Three EPs has passed. Rattigan is instead coming to terms with himself and his life and stepping into the future, taking each day as it comes. As the album closes with “And the faster we go, the longer / We’ll never last / And the radio keeps saying / Life’s a gas,” off of the song “Fox,” Rattigan, while still melancholy, puts the album into his rearview mirror and let’s it go.