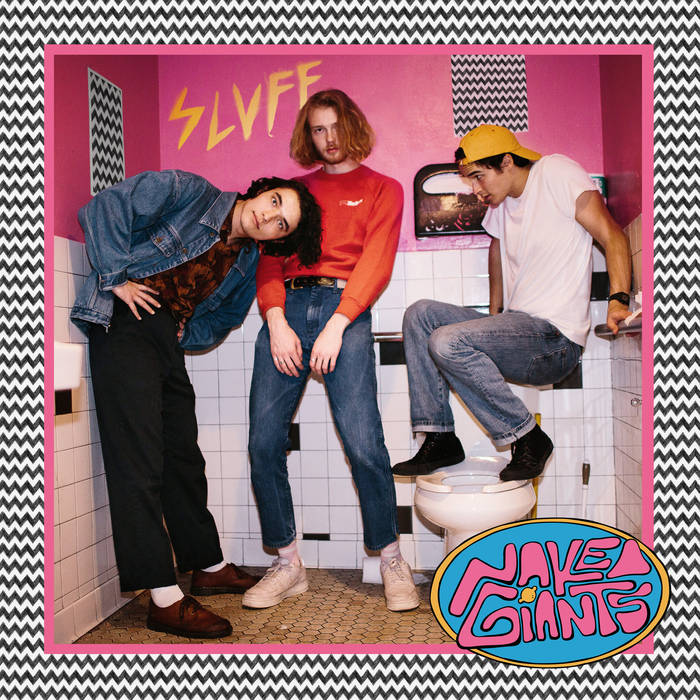 With a relatively strong following in Seattle and producer Steve Fisk (notable for working with Nirvana and Soundgarden among others) on their side, Naked Giants release their debut album SLUFF, which is best described as a modern tribute to classic rock. Upon hearing the first track “Dead/Allen,”  Fisk’s influence is easily recognizable; distorted guitars clash with repetitive lyrics like “I can make this song if I want to,” making for an unpolished and almost grimy sound. Dispersed throughout the song are noisy solos that verge on psychedelia which make for an interesting collage of classic genres.

One of the best tracks of the album, “TV,” sounds like a contemporary take on The Kinks; the main lick of the song sounds significantly like “You Really Got Me.” The song is features tongue-in-cheek lyrics like “If you really want to be on TV,” which are harmonized before the song breaks into a rock and roll whirlwind of flashy percussive sounds and wicked guitar solos. Another solid track on this album is “Everybody Thinks They Know (But No One Really Knows)” which is one of the most contemporary sounding songs on the entire album. Taking on more, of a pop-punk sound, this song is easy to sing along to.  “Slow Dance II” is a loud love ballad with angsty, raspy vocals which sound great especially when being shouted by singer Grant Mullen. This song is hot, raw, and showcases the groups talent through stinging guitar solos.

The second half of the album seems a bit more original than the first part. The song “Shredded Again” has a brassy timbre to it and sounds almost like a first take of a demo due to the intimacy and relative simplicity of the song. The song “SLUFF” is more punk and carefree. Even if the word seems to have no exact definition, “sluff” conveys a youthful laid-back attitude that seems to say “I don’t care what you think of me.” Another highlight of this album is the track “Easy Eating,” also airing on the punk side (with a clear Pixies influence). It incorporates echoing vocals with hard-hitting power chords and solos. With these songs it isn’t the lyrics that grab your attention, but rather the powerful delivery which conveys either angst or slack.

Naked Giants are a band that seems to have truly taken advantage of studying musical history. Their roles as good notetakers has really paid off for the group on this album; it is explosive, loud, passionate, and above all manages to keep rock and roll alive and relevant.