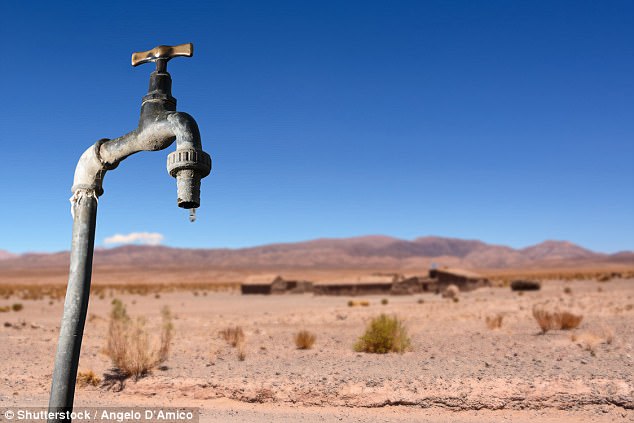 Could The Tap Run Dry In Athens?

Since 2015, the city of Cape Town, South Africa has been experiencing a drought. Initially brought on by unusually dry winters, Cape Town has been feeling these effects well into 2018. Consequently, Cape Town officials set a marked “Day Zero” for when the government would have to turn off the taps. This would come when the nearby reservoirs fall below 13.5 percent capacity, as anything below that is too sediment-heavy for consumption.The government has put water restrictions within the past two weeks that limit each person to 50 liters, about 13 gallons, a day.

Early February 9 though, the people of Cape Town rejoiced at the sight of rain for the first time since January 22. However, this was short-lived, with the rain only accumulating to about 8-10 milliliters, well below an inch. This rain did manage to push back the calculated “Day Zero” from April 16 to May 11, but the worst case scenario still appears inevitable since South Africa’s rainy season does not begin until June.

Cape Town could become the first major city in the world to run out of water. All of this begins to raise questions about the sustainability and situation in Georgia and even here in Athens. If a major city like Cape Town can get into this situation, is there all that much stopping Athens or other cities in Georgia from falling, too?

Dr. Scott Connelly, assistant professor and graduate faculty at the Odum School of Ecology, certainly doesn’t think so. He made a point that Georgia is actually doing well currently, with heavier-than-normal levels in lakes. However, he made sure to emphasize that this trend cannot last forever.

“It was only in around 2007 that Lake Lanier was down to about only thirty days-worth of water left, and that was a huge problem because it provides close to 70 percent of the drinking water for the city of Atlanta,” Connelly said.

Even in Athens we felt the effects of Georgia’s drought. “Actually, in Athens we get our water from the Oconee River, and a few years ago with the drought, some of the rafting companies couldn’t sell or rent their kayaks and canoes because the Oconee River was virtually all dried up. It was pretty much all sand bars” Connelly stated. What were the similarities in causes between the instance in Georgia and what’s going on in Cape Town currently? For Connelly, he attributes it mainly to a, “shift in precipitation patterns, but most importantly the exponential growth in population. We simply have too many people getting water from the same source.” Additionally, with Georgia lying entirely on bedrock, we get virtually all of our drinking water from rainfall rather than underground aquifers. This makes the state more prone to another drought.

When asked about ways to stop this from happening in Georgia Connelly said that, “teaching awareness and conservation are the largest tools. People need to learn that taking half-hour showers and using a few gallons to just brush their teeth isn’t entirely sustainable.”  The striking similarities drawn between Cape Town and Atlanta make it plausible to imagine Atlanta going through the same crisis in years to come.