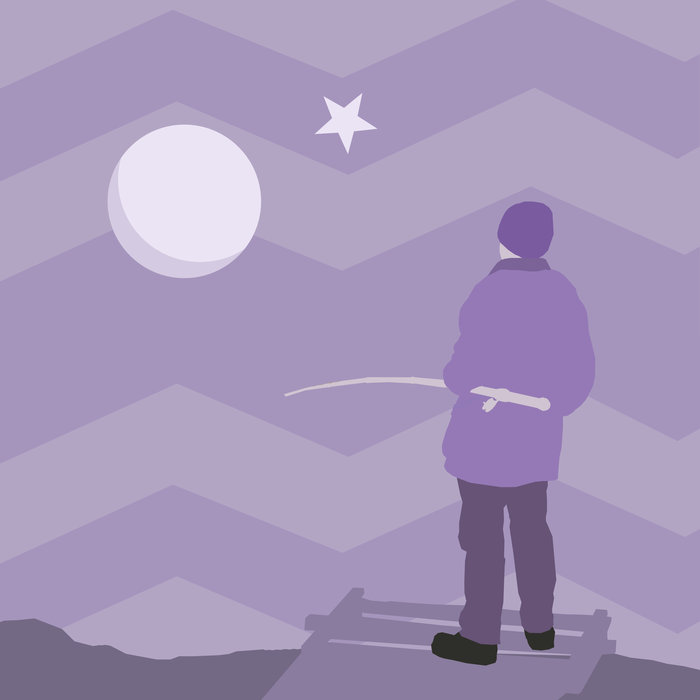 The sound of Pearl is like a breezy night riding in a convertible against a vast starlit galaxy with only your existential thoughts and the stars for company. Everything exists in pastels and sound is beautifully elongated with pixie-like reverb and distorted guitar. This album is the fourth made by Adam Porter under the name Starman Jr. since 2016. His shoegaze influence is combined with a modern lo-fi pop sound to create a dreamy, melancholy sound. Although his instrumentals are more clean and distinct than traditional noise-pop, his hazy, melancholic vocals create a sense of disillusionment.

This album marks a shift for Starman Jr. since his 2017 release Blue Fairy, which focused on soft acoustics and fringed more on indie-rock. Pearl differs from all previous works in its melodic rhythms and surreal pop instrumentals. It feels like a freeing experience for Starman Jr. compared to past albums. Experimentation with vocal effects, keyboard/synth rhythms, wavy reverb, and funky guitar distortion all combine with cleaner production to make it an infectious album you can’t help but sway along to. The distorted and ghost-like vocals shift focus from lyrics to the music itself, creating a pathway to a dream world of cool melodies.

Totaling only 20 minutes with eight tracks, it’s a short album with only snippets of thoughts that seem to focused on life, sadness, and the search for truth and the whimsical or somber imagery that surrounds it. These glimpses are strong in tracks like “Stay,” with lyrics like “Can’t get your image off my mind / I don’t really wanna make us stay / Never be happy anyway / Never be happy if you stay,” which suggest unhappiness in a relationship due to general unhappiness in mentality. The overlay of soft, blurry vocals suggest defeat and when paired with the upbeat, pounding keyboard and quick, light guitar distortion, give the listener a sense of approaching a sad truth for the better.

The beautiful, contemplative album ends in “The Show,” a dreamlike conclusion to a seemingly personal journey. The vocals are almost completely indiscernible with fantastical synth and soft, driving acoustic guitar. The last two minutes of the album consists of  whimsical instrumentals with soft humming vocals that mirror the feeling of coming home after a difficult and confusing period of life. It feels as though there is almost growth throughout the album alone, with each track becoming more hazy, yet more accomplished and sure of itself. The wondrous sounds of synth and reverb leave the listener floating in a state of assurance and bliss.