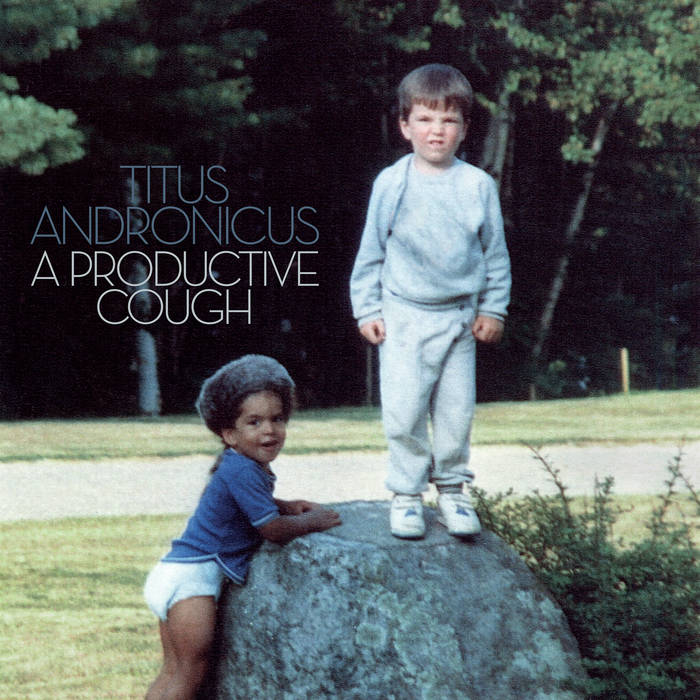 If there’s one thing that the state of New Jersey is good for, it’s producing angry boys. New Jersey’s most recent angry boy, Titus Andronicus, has created quite a surprising album in A Productive Cough, especially for a band with a strong punk background.  A Productive Cough consists almost entirely of ballads and sits at 46 minutes while only sporting seven songs, a feat similar to the feel, run-time, and track listing of Bob Dylan’s Desire. The Dylan comparison goes deeper than that because among the seven and eight-minute songs is a cover of sorts of Dylan’s “Like a Rolling Stone,” which delivers a jammier sound than the original. On album standout “Real Talk,” Titus Andronicus calls forth a bit of Dylan’s songwriting style, especially similar to Dylan’s “A Hard Rain’s A-Gonna Fall.” The only notable thorn to this album is the song “Home Alone,” which goes on far too long with too few lyrics. Repeating the same few lines can work for a more punk sound, and Titus Andronicus has made it work in the past, but when used in an eight-minute ballad, it really dragged the song down.

Titus Andronicus not only change their song structures to more ballads, but they also change their instrumentation. The addition of great piano and organ parts adds a lot of depth to a songs and helps fill out a space in the load song endings. The vocals keep their edge and throaty tendencies from early albums like The Monitor, and it shines through in “Real Talk” and “(I’m) Like A Rolling Stone.” The guitars are more acoustic than electric, and backup vocals give a more folky sound to everything. The progressions are more blues and folk-oriented than indie punk this time around, but Titus Andronicus certainly has the voice to convince me of his internal blues.

All in all, Titus Andronicus succeeds in making songs that sound very good by themselves. However, listening to this album in succession can get very exhausting, since most songs have a large build up to loud, busy endings. These endings work well, but their repetition puts listeners on an emotional roller coaster. While this album can collectively bring on fatigue, I would recommend adding these song to that big playlist that you put everything in, because despite my exhaustion, I cannot deny the quality of this songs.