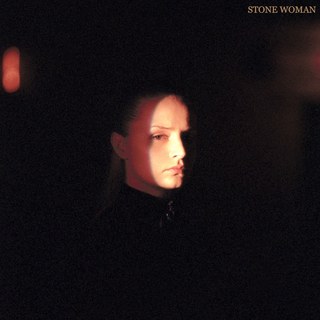 Lyrically, Charlotte Day Wilson’s sophomore EP Stone Woman is draped in self-doubt, heartbreak, and hopelessness. Instrumentally, it varies between soulful pangs of sorrow and reassurance. This album follows up her 2017 debut CDW which received high praise. The Toronto-based singer-songwriter’s remarkable vocal capabilities could easily pass for those of an older, more experienced songstress. Her six track neo-soul EP revolves around a breakup. Wilson focuses on the guilt she feels among a blur of other post-relationship emotions. The album features gentle, melancholy piano chords, heavy drums, horns, and syncopated synth beats.

The title track, “Stone Woman” sets up the EP, a musical interpretation of “here’s where I’ve been, here’s where I’m going.” Wilson expresses how heartbreak has left her stone-cold, but also expresses one of the few instances of hope on the album through the lyrics “you’re leaving pavement, flying high, those weathered eyes and heavy sighs, won’t sink.” She acknowledges that being a “stone woman” means being cold, but it also means having inner-strength. This track is followed by one of the most notable tracks, and arguably my favorite, “Doubt.” The lyrics and vocals perfectly convey the deep disappointment of a relationship ending and the subsequent question, “could I have done something different?” I’m drawn to this track because of Wilson’s deep, soulful tone and its emotional honesty. Wilson bears her heart to the listener as a friend navigating a breakup would. It is easy to sense her deep pain. The only song that could complete with the emotional intimacy of “Doubt” is “Funeral.” A track that begins with melancholy piano chords and the lyrics, “I went to a funeral, so I could feel something, don’t know what I’m living for if I don’t feel nothing.” The song intensifies with drums and horns, but remains heartbreaking.

Other notable tracks on the album, include “New Nothing” which exemplifies Wilson’s use of synth in neo-soul and “Falling Apart.” As one can tell from the titles, neither song is particularly positive, but they tracks are instrumentally and rhythmically more interesting. Pain runs throughout this album and Wilson’s voice plays the greatest factor in the melancholy sound. If you’re heart is ever ripped to shreds and you find yourself dealing with grief over what has occurred, these tracks are for you.