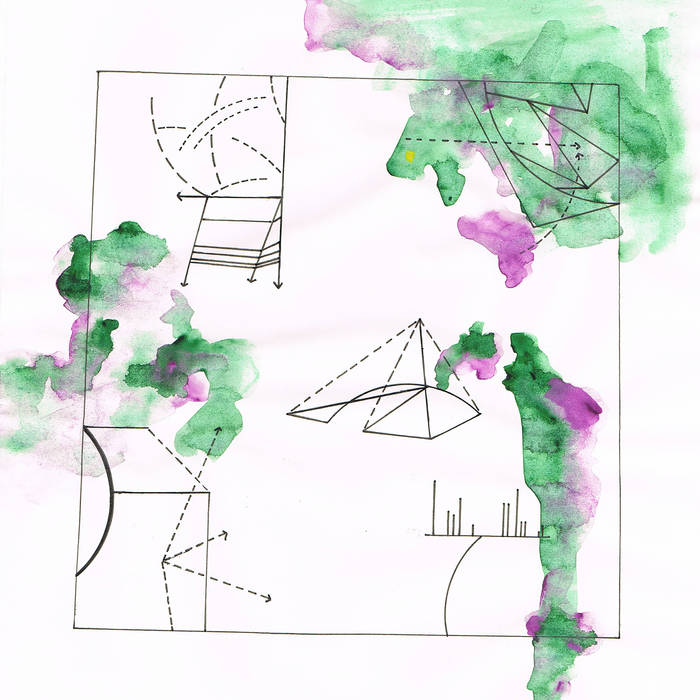 S/T is a big album. Well, it’s about medium length, at just over 45 minutes, and, actually, it has a rather short track listing (just seven tracks, all with one-word titles), but it feels bigger than it is. The quartet play a brand of indie-infused melodic post-rock, creating vast, epic soundscapes, and frontman John Rossiter asks some big questions. It sounds like he’s the kind of guy that spends a lot of time staring at a body of water and pondering the nature of life, of what it means to exist. Yeah, it sounds pretentious, but the music’s so beautiful and the lyrics are just so real that it’s not. I know a lot of people that feel lost in life, as if they have no direction. They feel like they’re just meandering aimlessly through their lives, without purpose, unsure of what to do or where to go, unsure of their own ability to live life. They’re stuck, paralyzed by their own doubt and indecision. Rossiter feels this way too, but he learns something by the end of S/T: he’s not alone.

Musically, S/T is full of larger-than-life post-rock pieces with a few twists to keep it from becoming too run-of-the-mill. There’s a lot of gorgeous, epic sections, but they’re interspersed so that they don’t lose their effect. “Under” is a sparse acoustic track and closer “Storm” has driving indie rock verses. There’s something almost like a free-time breakdown in “Feeling” as an interlude to a gentle first verse and a raucous reprise several minutes later. It’s nothing groundbreaking or that hasn’t been done before (even recently; there are moments that recall the sparer moments of the Manchester Orchestra’s A Black Mile to the Surface), but regardless it is plenty enjoyable and carries the longer tracks the way it needs to.

The lyrics of S/T bounce between reflections of Rossiter’s own feelings of malaise and loneliness and a thousand tiny portraits of seemingly mundane, everyday occurrences: cooking dinner in a dirty shirt, watching your parents fight as a kid and experiencing a kind of fear you won’t feel again until you’re at the cusp of becoming a Real Adult, or getting a call from your mom about a storm that makes the sky really green, John, I mean you should see this! It’s like a movie! Sorry mom, I don’t really have time to talk. I’ve got an existential crisis to get back to. No, there’s nothing you need to do, it’s really fine.

But then something shifts. Maybe it’s a conversation with your parents a few weeks into your first stint living away from home, maybe it’s when Rossiter literally spells it out for you in “Eddy”, or when the music explodes into a gorgeous crescendo and the screams come in four minutes into “Feeling.” It’s probably in “Storm” when ten years of narrative go by in seven minutes and the music bursts into a driving interlude while Rossiter just screams “breaks apart!” over and over, and you realize that everyone feels this way. Everyone feels just as lost, afraid, and confused by life as you do. If they can fake their way through it, you can too. Life is huge, and we feel small in comparison, but that’s no reason to stop living it. Life is difficult, and a lot of the time it’s hard not to second guess yourself in every move until you cease all motion completely. At that point, the only thing you can do is toss away your doubts, make do with what you have, and live, damn it. Maybe things will work out. Maybe they won’t. There’s only one way to find out.