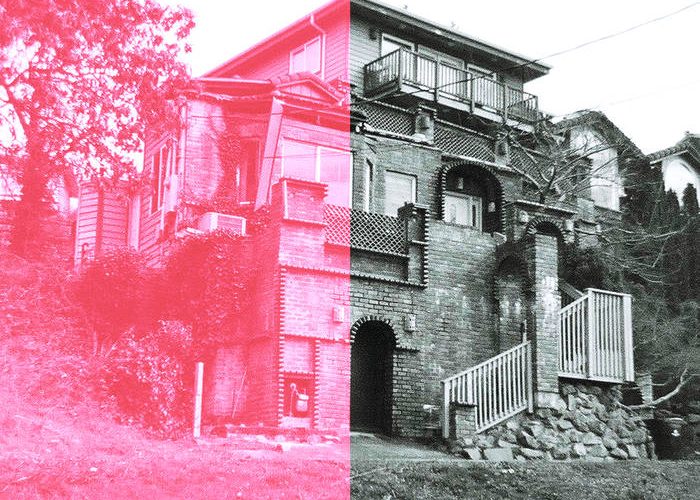 Hockey Dad is vocalist and guitarist Zach Stephenson and drummer Billy Fleming. The Australian duo had been long time friends before the formation of Hockey Dad (a name taken from a Simpsons episode). Their longstanding friendship is apparent through the audible chemistry of their music; Fleming’s drumming has a punk nature to it and goes along well with Stephenson’s power chord heavy guitar. Combined with fuzzy solo parts, Stephenson and Fleming craft a surfy pop pop sound.

The opening track “My Stride” is upbeat and catchy but is coupled with lyrics like “My life is dying / I’m in strife in hiding / I never think about the time / I never see it when its right” which produces a conflicting feeling. Another album highlight is the song “I Wanna Be Everybody”; its steady backbeat and playful guitar melodies are matched with relatable lyrics like “Go out and everybody’s so cool / I shouldn’t be here /  I just wanna go home.” This song seems to look at the self-confidence struggles of youth in a carefree manner. The song eventually comes back around to saying “Let’s go home let’s forget about the outside / I just can’t be everybody.”

Other tracks on this album are less poppy and relaxed. The track “Eggshells” makes you feel like you are on a beach at night listening to gentle waves crash on the shore. Its guitar parts are both melancholy and relaxing due to the reverb and simplistic melodies. To top it off, lyrics like “I’ll walk on eggshells tonight / I’m searching for some kinda light” encourage self-exploration. Another strong track off of this album, “Whatever,”  is clearly derivative of surf rock shown through its echoing guitar riffs and overall tone, but keeps interest through Stephenson’s angst-ridden vocals. Overall this album is a fun listen and will please anyone who has a love for pop punk.