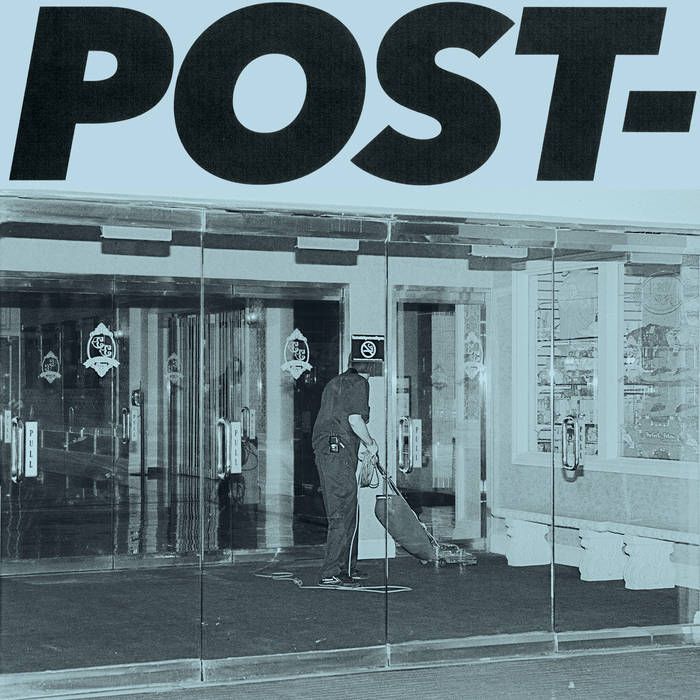 Jeff Rosenstock is an anomaly, and on POST- he’s a man careening towards oblivion. He’s stoned on the subway. He hasn’t spoken to another person in a month. He’s trapped in a house burning to the motherfucking ground. But you know what? He’s still out here. He “can’t play piano all that well,” but he’s still up on stage getting away with it. He’s done forcing happiness to stay alive, but he’s not letting sadness win either. When POST- breaks down the door with seven-and-a-half-minute opener “USA,” we see Jeff confronting the state of America today: where WORRY. saw Jeff dealing with the promise of the American dream falling apart around him, POST- sees him standing among the rubble. He’s already sifted through the ashes and found no answers. So what do we do now? In a sociopolitical age where righteous outrage has become the everyday norm, it’s easy to succumb to exhaustion and apathy. Jeff offers no answers, but he captures the feeling of post-inauguration life in America better than any other artist.

While his 2016 breakthrough album WORRY. was something of a smorgasbord of all the musical styles previously utilized in Jeff’s extensive career (pop punk, ska, hardcore, power pop), POST- sees him looking to the future. Gone is the bright and colorful musical soundscape of 2016. This time around, the production matches the dark lyricism: the atmosphere of POST- is cold and pale. Synths and keyboards take on a more prominent role than ever before in Jeff’s music, from the balladry of “TV Stars” and “9/10” to the mid-song breakdown of the previously-mentioned “USA.” This isn’t a synth-pop record, though. “Yr Throat” and “Powerlessness” are frantic punk rockers that question if all the racket they raise even makes a difference, and the Weezer-y crunch of “All This Useless Energy” tries to find a productive outlet for the outrage the socially conscious feel in today’s world, even when it feels like there’s nothing any single person can do to make a difference. That’s the question Jeff asks all throughout POST-: what can I, as an individual, do to combat all the evil in the world? Is it okay to distract myself with trivial joys just to get by? That’s exactly what he does on cuts like “Melba,” where he fantasizes about starting over in Australia, listening to “some stupid song” in a futile attempt to get back to the days where everything still made sense.

But those days are gone, at least for now. POST- concludes with the two best songs of Jeff’s career. The first is “9/10,” the result of when finding comfort in the mundane stops being an effective strategy for dealing with the world. You found your lost keys and you won ten bucks on a scratch-off lotto ticket. So what? The world’s not a better place because of it, and a TV Star that doesn’t care about you still holds the most powerful office in America’s government. The track rides a gentle cloud of synths while the rhythm section provides forward momentum. There’s no guitar to be seen until the final minute or so, and the song ends, defeated, after a final chorus. That brings us to the epic, 11-minute finale to the album, “Let Them Win.” The first 30 minutes of POST- are concerned with the I, me, and you; the questions Jeff asks again and again are what can I do? What did you do? Is there anything a single person can do to make a difference and combat the malignant forces currently in power? Well, it turns out there isn’t. “9/10” is the logical conclusion of that. But you know what? There’s something we can do. The individual may be powerless, but together we can make our voices heard. “Let Them Win” is the closest Jeff comes to hopeful on the entire album. He spends the first five minutes of the track listing all the things malice can do to us, all the ways the world has been mistreated: They’ve profited from their lies, they’ve kicked us in the knees, they stole our slice, they don’t empathize with anyone but themselves. But “we’re not gonna let them win,” Jeff triumphantly asserts. The track builds to an incredible vocal catharsis and explodes into an epic guitar solo before collapsing in on itself, exhausted. You can almost see Rosenstock in the studio, slumped over in a chair, quietly strumming his acoustic guitar and “ooooh-ing” into a microphone in his falsetto. The last five minutes of the track consist entirely of ambient, atmospheric synth tones. He’s tired and bored. We all are, but we’ve gotta keep going. We can’t let them win.

There’s a lot about POST- that shouldn’t work, but there’s a lot of things about Jeff Rosenstock that shouldn’t work. The man’s been making music for half his life, and he still hasn’t burned out, lost that creative spark. He’s been giving away all of his music for free on the internet (including this album!) via his donation-based label Quote Unquote Records since 2005, and he’s made a career out of it. At the 2017 Pitchfork Fest, he told the crowd exactly how much the publication was paying him to perform ($7,500), and they still gave this album an 8.2/10 review. The man champions punk’s least credible sub-genres but is still the most authentic man in punk today. Likewise, the first song on POST- begins as an anthemic garage rock song and dissolves into a dreamy synth section, managing to sound like Titus Andronicus and Kraftwerk in the span of four minutes. Hell, something like a fifth of the album’s runtime is just ambient synth. Despite all this (but actually probably because of all this), Jeff Rosenstock has managed to make the best album of his career. It was literally released on New Year’s Day, but POST- is already a strong contender for the best album of 2018.