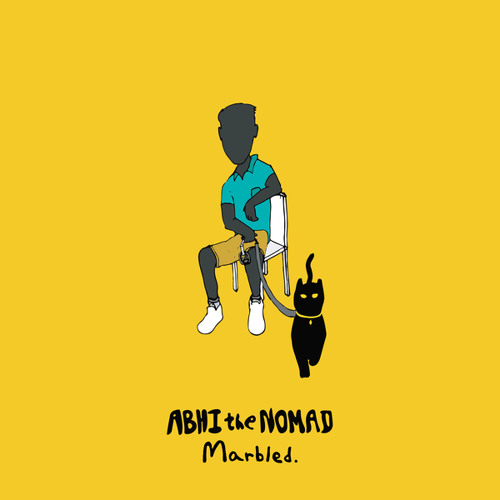 Abhi The Nomad’s fourth full length album, Marbled, is truly the epitome of his self-identified genre, alternative hip-hop. The rapper who started on SoundCloud, as most do today, has an unique background of living in India, China, and Fiji until finally arriving in the US. However, there is a clear lack of world influence in Abhi’s album and I think it has a lot to do with where he started making music: Thousand Oaks, California. The use of brass and strings throughout keeps him tied within the radius of alternative hip-hop even though his ability and style of rapping pushes towards more of a mainstream vibe. To be honest, he reminds me a lot of Asher Roth with the laid-back California/Colorado groove. “Sex N’ Drugs” definitely stood out the most with his use of a synth, drums, strings and xylophone at one point. On this track he further slows down the lyrics on an already mid-tempo album for a real standout moment. If you want something even slower than that, “Spacecraft (Feat. Harrison Sands X Local Foster) is your go-to. This pushes into a Vance Joy-esque territory with the chorus. Overall this is a great album and would be perfect for someone who likes authentic-guitar-filled-hip-hop. In a period when hip-hop is being oversaturated with second-wave SoundCloud rappers, the “back to roots” style of Abhi is truly refreshing.