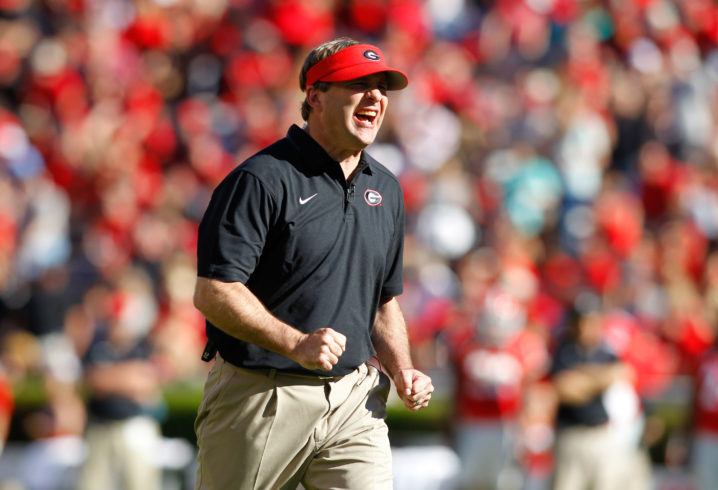 GEORGIA FINISHES SIGNING DAY WITH THE NO. 1 RECRUITING CLASS

Kirby Smart and co. make the next three to four years of UGA football look promising with a historic recruiting class.

Yesterday, Georgia made school history as it bested its then best ever class in 2017 with an outstanding 2018 class made up of 7 five-stars and 15 four-stars. This marks the highest rated class in the past decade (per 247Sports).

Compared to the 2017 class, UGA signed 7 five-stars in 2018 compared to last year’s 4. Isaiah Wilson was the no. 16 overall player for 2017 and was UGA’s highest rated player. This year UGA signed four players rated higher than Wilson.

Some of the most viral signings from the new class of Bulldogs were four-star linebacker Quay Walker flipping a Tennessee hat off his head to dramatically commit to the G and four-star wide receiver Tommy Bush Jr. lifting his infant niece to show that she is wearing all UGA attire, implying his commitment.

Two other players who were predicted to attend other schools were four-star linebacker Otis Reese and five-star cornerback Tyson Campbell. Reese was favoring Michigan and Campbell was favoring LSU but both turned towards the red and black as signing day came around.

The class is 26 strong consisting of 7 five-star, 15 four-star, and 4 three-star players.

Entering only his third season, Kirby Smart is re-loading with players that are capable of taking the Bulldogs back to the playoffs for a shot at the national championship in the next few years.