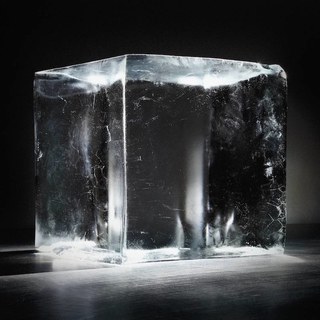 Digital Rain is the sixth solo album of Johnny Jewel, best known as a member of the Chromatics, Glass Candy, Desire, and Symmetry as well as a co-founder of the Italians Do It Better label upon which this album was released. On Digital Rain Jewel expounds upon the style of his previous soundtrack work, notably with Twin Peaks: The Return. Jewel creates vast meteorological-like soundscapes that in their nondescript flow allow various moods to morph into one another parallel to how clouds themselves and other weather patterns do. While he often focuses on a synthesizer-heavy sound reminiscent of Tangerine Dream’s early ambient albums and especially that of Vangelis’ work on the Blade Runner Soundtrack (see: “The City of Roses,” “What If?,” “Black Pyramid,” “Luquid Lucite,” “Ship of Theseus,” and “Seven Corners”), elsewhere on the album he manages to incorporate a vintage hardware-driven sound that harkens back to the moog synthesizer era of Mort Garson and Bruce Haack’s theatrics (see: “The Runner,” “Monsoon,” “The Windscreen,” and “Pulsations”).

In this style, the whole album manages to capture the sublime mix of vintage, but palatable 80’s romanticisms that is currently (pun intended) culturally in vogue with some tracks seeming right at home within the Stranger Things soundtrack.

Despite being about nothing, or perhaps more accurately not being about something in a narrative sense, Digital Rain’s successful capture of the subtle transitions of the inclement conditions it seeks to emulate allows  listeners to easily synthesize the vague yet poignant feelings of the album with the flux of their own liminal experience. This makes listening to the album more akin to an exercise of the meteorology of the mind rather than mere ambient background noise for the day to day.