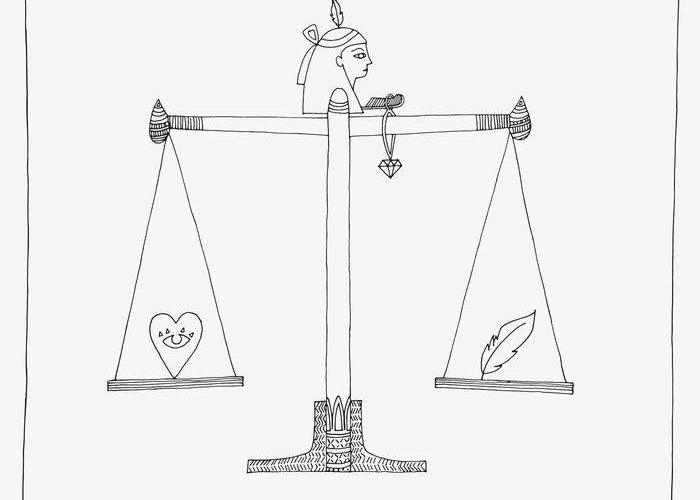 In her debut album, British-Pakistani DJ and producer, Nabihah Iqbal challenges her musical style to reflect identity, acceptance, and balance in the universe. Previously known as “Throwing Shade,” Iqbal decided to readopt her given name because it was more true to her identity as a WOC in the music industry and it better fit the emotional maturity of the album. It is synth-heavy, reminiscent of Iqbal’s favorite bands growing up, Joy Division, New Order, and the Cure, while also adding instrumentation that reflects her ethnomusicology background. The album, called Weighing of the Heart, is a reference to an afterlife tradition in Egyptian mythology. The tradition involves weighing the heart of a deceased person next to a feather to see if it is in balance with the universe, so the person can move forward to the afterlife. The ethereal synth paired with pulsating drum beats, occasional guitar or piano, and Iqbal’s hazy vocals does in fact seem to mimic the realm between life and death.

Lyrically, the album is very repetitive and some of the words are indistinguishable because of the haziness of Iqbal’s voice. The most notable song on the album is “Something More” which consists of bright, tinny guitar and Iqbal’s soft and sweet vocals. It has a fantastic, danceable beat. The album starts with the simplistic piano of “Eden Piece” and grows more complex and fun from “Saw U Twice” to “Zone 1 to 6000,” another highly-praised track off this album. If a listener heard “Zone 1 to 6000” alone, they would easily be able to tell that the album is influenced by 80s new wave. It consists exclusively of Iqbal’s spoken word, a heavy drum beat, and synth. The album slows down with the next song, “Feels so right.” Another notable track that ties well into the theme of this album is “Eternal Passion” which has a darker sound with guitar and piano buried beneath synth. Overall, Iqbal makes a good first impression and shows that she is not just a talented producer, but a talented musician.