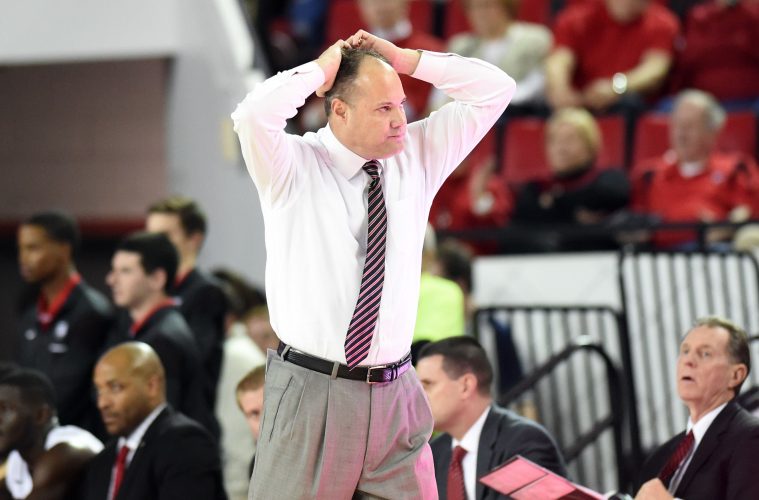 After losing three straight games, the Georgia men’s basketball team (13-8, 4-5) faced off against SEC rival Florida Gators (15-7, 6-3) at Stegemen Coliseum Tuesday. Florida came into the matchup as the no. 23 team in the nation.

The Bulldogs offense, led by senior forward Yante Maten, came alive as they bested the Gators 72-60, finally holding onto a second half lead since struggling down the stretch in the last three games.

Maten, held to only 8 first half points, became the late game go-to man as he finished with 20 points and 7 rebounds, leading all scorers.

Georgia’s guards Juwan Parker and William Jackson II played a big role in keeping the offense moving as both landed in double digit points. Parker finished the game with 12 points while Jackson finished with 16.

Bringing the energy and key rebounds off the bench was freshman forward Nicolas Claxton, tallying 8 rebounds and 5 points off 2-4 shooting as well as two clutch second half blocks. The freshman shows potential as a reliable force for the Bulldogs in future years.

Sophomore Guard Tyree Crump made the most of his 13 minutes of play and helped ignite the Georgia offense in the second half, hitting a three that sent the Bulldogs on an 11 point run. His energy was crucial to the second half finish.

Once again, the stout Georgia defense showed up holding the Gators to a mere 36.5 field goal percent.

“There’s gonna be in a period in every season when you just don’t play great,” said head coach Mark Fox. “It’s the midseason funk and hopefully ours is behind us. Yes, we needed something to go right, but give credit to our kids, they stayed the course and stayed positive, and tonight they were rewarded.”

What’s a better reward than upsetting a ranked Florida team in Athens?

The Bulldogs look to keep the winning ways alive as they head to Starkville to take on the Mississippi State Bulldogs Feb. 3.