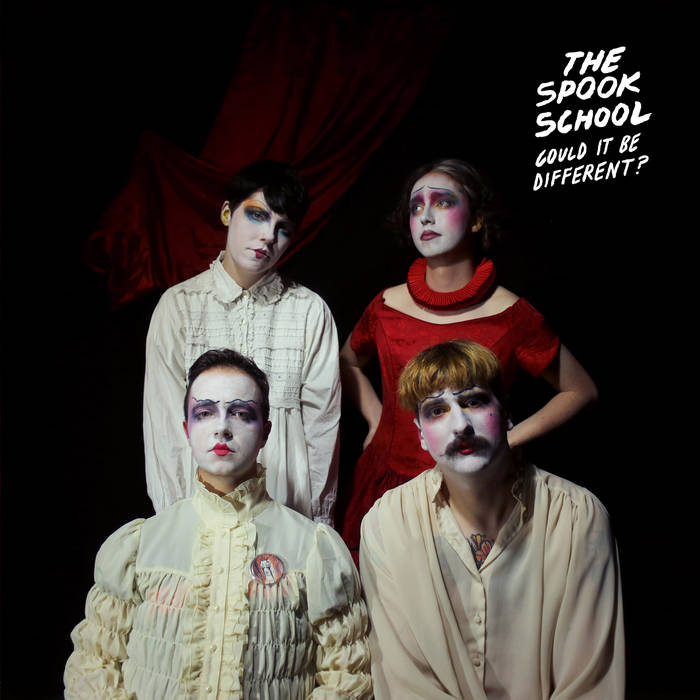 The Spook School – Could It Be Different Featured Album Review

Most everyone has looked back on parts of their life and resented people or experiences. If they’re lucky, they’ve been able to maintain a carefree attitude and get over it. The Spook School’s Could It Be Different conveys just that. It triumphantly defeats dark issues from the past with an optimistic attitude and light-hearted energy. This album narrates awkward and unpleasant situations that every youth who has ever felt “weird” or “different” (pretty much everyone) has encountered. The opening track of the album, “Still Alive,” immediately sets this tone; the band plays an upbeat, almost cutesy melody with the vocals shouting “f*** you I’m still alive!” As a listener it is hard not let go, nod your head, and feel the carefree energy of this track.

Other aspects of the album channel a nostalgic contemplative energy. For instance, the song “High School” explores what it might have been like had singer Nye Todd played sports and chose to be a different person. The lyrics “If I played sports in high school / would you have hated me?” are backed by a slow, chill melody with a steady backbeat. The song eventually circles around to “I’m not saying I regret the old day / I just can’t help looking back and wondering”; the song conveys that even though one might be less than happy about their past, it is important to abandon regrets.

The track “Body,” my personal favorite track on the album, sounds somewhat derivative of late 90’s rock like The Strokes, but still has a fun and bouncy tone to it that is ever-present of the rest of the album. The lyrics “Do you like the way you look naked? / I don’t know if any of us do / and I still hate my body / but I’m learning to love what it can do” are incredibly relatable and draw upon insecurities that almost everyone has about self image. It seems like Nye Todd is thinking out loud with this song, which is a blessing because he illustrates thoughts that all of us have but don’t necessarily care to admit. “Other people seem so confident / don’t know how they do it”; this attitude is coupled with fuzzy garage rock and cool guitar riffs making for a fun, catchy track.

Overall, this album is vulnerable in its confessional lyrics but also enlightening for its takeaway; everybody feels insecure and self-acceptance is essential. The Spook School is an indie-pop force to be reckoned with.