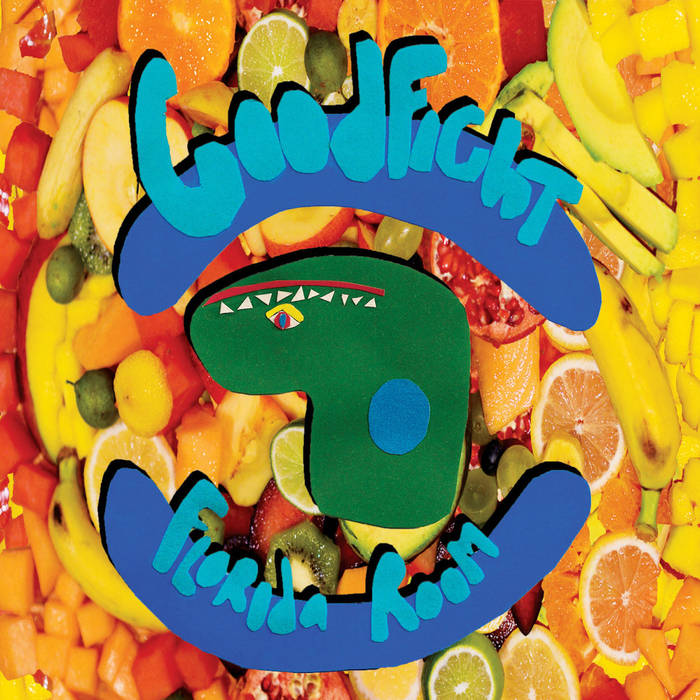 Riding down a sun-lit road on the way to a vacation get away, chasing distant dreams of longing and desire, fruit stands and smiling faces along the way. These are the images that spring up during a listen of New York psych pop band Goodfight’s new album, Florida Room. The album exists as a sort of microcosm of the title state, a shiny and fruitful elsewhere. The opening track “Bird on a Mountain Top,” establishes the theme of longing and travel early on with lyrics depicting the metaphorical climb to the top of a summit bringing with it airy, plucked guitar and a delicate, dream-like chorus. Tracks like the album standout “Lucy,” give the listener a dynamic experience of distance and movement with upbeat drumming and low-tone guitar solos that incite a feeling of sonic speed and celebration. Apart from these central themes, this album is strengthened by its uninhibited and liberated exploration of the pop song. Tracks such as the previously mentioned “Bird on a Mountain Top” and “Oklahoma” feature playful vocal melodies that dance around their accompanying progressions with ceaseless outpours of syllables to fill each space. This album free in its vocal expression with the two primary vocalists dropping in and out of almost every song on the album, harmonizing together to indicate emotionally intense sequences. The track “Gums” rejects normative pop structuring and vocals all together with spoken word over a bluesy guitar jam. But still, one cannot ignore the feelings of fleeting desire that this album presents. The title track, with its slow, thumping drum and tender soloing, paints the picture of a lonely and amorous night that can only give hollow sympathy in the search for fulfillment. The album leaves us with another fragile expression in the song ”Guacamole.” The ending track offers a chorus section with various oohs and ahs that rise and fall in a naive lullaby to recognize the things we want but can never have.