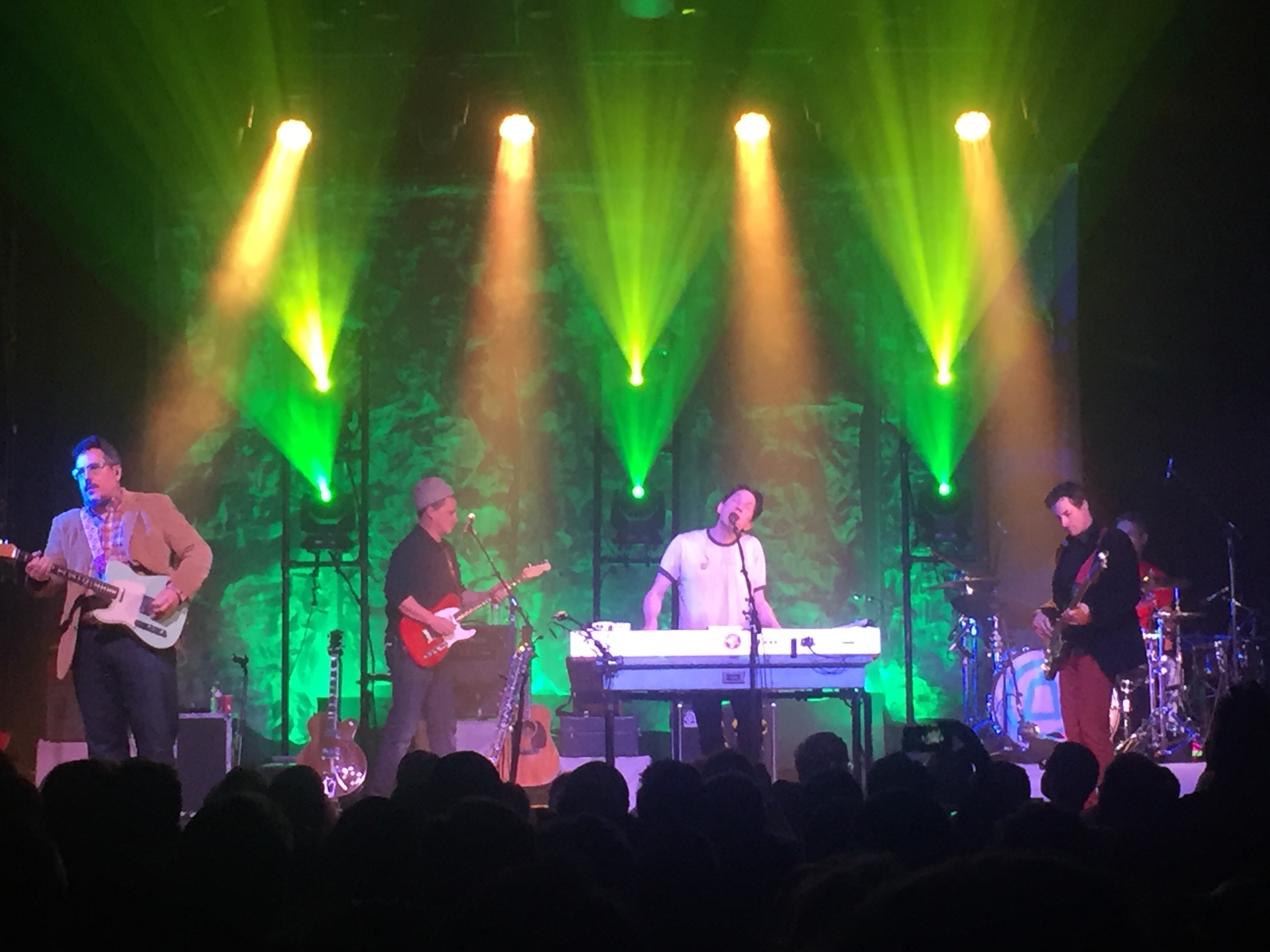 Brooklyn’s They Might Be Giants play a quirky, oddball style of alternative rock that has won them a very dedicated fanbase over the past thirty years. The masterminds of the project, John Flansburgh and John Linnell, are both eccentric characters, and that was on full display at their packed, sold-out show at the Variety Playhouse. The five-piece ripped through a career-spanning 35 song setlist that touched on more than half of their 20 studio albums.

“We’re playing two sets tonight, so you guys will get to see us open for ourselves,” Flansburgh quipped as they tinkered with their instruments. They then launched into “Hey, Mr. DJ, I Thought You Said We Had a Deal” to kick off the first set. From the moment they began, the lively crowd was bouncing up and down. “The Mesopotamians,” from 2007’s The Else, had the crowd shouting along to its sing-along chorus. Another highlight came later in the set when a disco ball illuminated the energetic crowd during “Whistling in the Dark.” They proceeded to close out the first set with crowd-pleaser “Birdhouse in Your Soul,” which is by far the band’s most instantly recognizable song.

When the band took the stage again after a 20 minute intermission, they began the second set as a three piece. Flansburgh remained on guitar, while Linnell brought out his accordion and the drummer sat down at his electronic drum pad. Flansburgh joked that this was their “acoustic set.”  They proceeded to play six songs with this arrangement. During this time they also took a not so subtle jab at audience members taking pictures with their phones. “Hey, when you guys are taking pictures make sure you always have your flash on,” Linell joked. “Also, make sure you hold them up really high so the people behind you can’t see,” Flansburgh chimed in. When they reached second set highlight “Istanbul (Not Constantinople)” the full band rejoined them during the middle of the song, which culminated in an epic instrumental jam. Shortly after this Flansburgh convinced the audience to start a giant conga line, which paraded out into the lobby and back down the other side of the venue before the audience returned to their seats. The second set was capped off with a rollicking rendition of “Twisting” featuring multiple guitar solos, and the crowd favorite “Particle Man,” which was another one of the biggest sing-alongs of the night. They then returned to do two more short encores before finally taking a bow after roughly two and a half hours.

With their goofy, high energy live show, They Might Be Giants proved why their audience finds them so endearing. Not only do they keep an extremely tight band, but Flansburgh and Linnell were clearly born to be entertainers. Their sharp wit was on display the entire duration of the show without ever seeming forced. This combination of wacky humor and musical talent is sure to keep their fans coming back for many years to come.