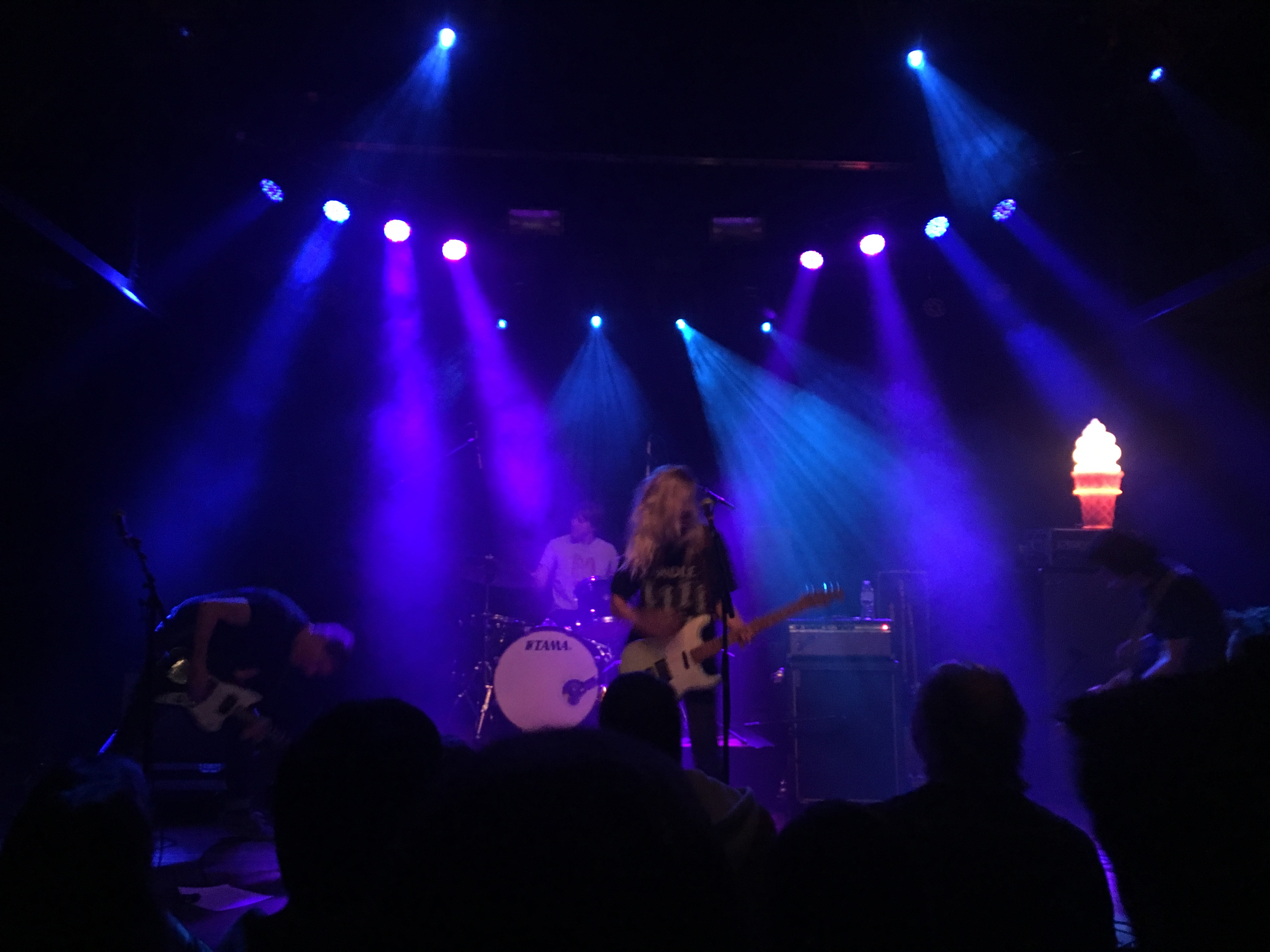 Bully, a Nashville based garage rock band, played at Terminal West in Atlanta on December 13. They were joined by openers Material Girls and Smut who both gave awesome performances. The band, fronted by lead singer, producer and guitarist, Alicia Bognanno, played about half the show with songs from their 2015 album Feels Like and half from Losing, their October 2017 release.  Bully had fantastic energy throughout the whole show and it was a sight to see the band members feed off each others vibes. However, because they played so many songs there wasn’t much time for inter-song banter, but the performance paired with killer lighting made for a cinematic feel. The audience, though a little older than the crowd Bully usually draws out, was just as energetic as the band and was rewarded with a closing encore featuring a cover of Mclusky’s  “Lightsabre Cocksucking Blues,” which brought down the house.