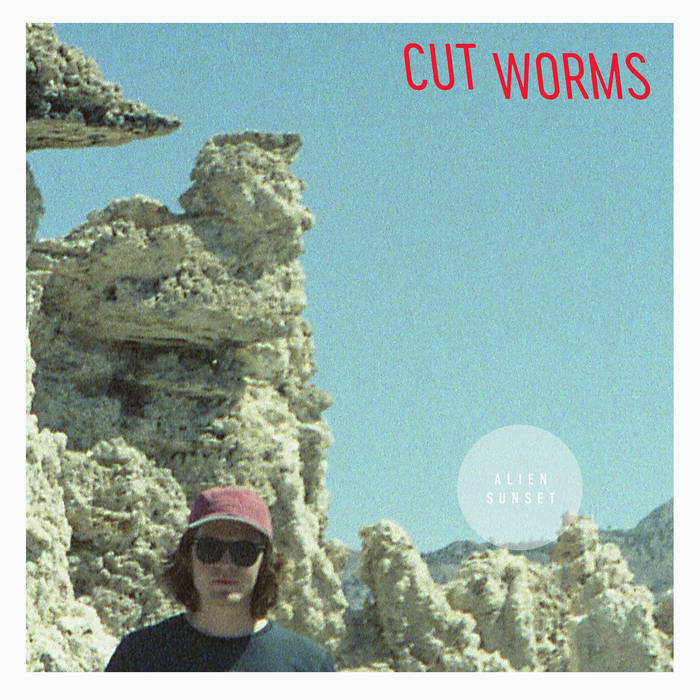 Nostalgic is the first word I’d use to describe the debut EP from Max Clarke’s project Cut Worms, Alien Sunset. Split in two parts, with the first half written while Clarke lived in Chicago, and the latter half after relocating to New York, Clarke expertly channels pop stylings from the 1960s with a lo-fi tinge. Varying from the Beatles-esque opener “I Don’t Want to Say Goodbye” to the deceptively simple sounding yet underlying complexity on “Like Going Down Sideways,” Clarke reflects on saying goodbye on the the Chicago era tracks. While instrumentally sparse throughout (often featuring just layered vocals and guitars), the melodies have a certain familiarity about them that makes them stand out regardless. “A Curious Man” opens the second half of the album, and brings out a tonal shift as well. Showcasing somber and somewhat  sardonic western folk tones, this track sounds like the soundtrack to a drunken walk home in unfamiliar territory. Throughout the tracks written New York, there seems to themes of growing understanding of new surroundings, with the closing track “Song of the Highest Tower” sounding more similar to the Chicago era tracks. Clarke sounds more comfortable than on the two which lead up to this. This debut fantastically highlights the growth of Clarke into his own. While nothing on here is particularly groundbreaking, his appreciation of early pop and rock artists shines through incredibly, and it’s an easy to enjoy listen as a result.