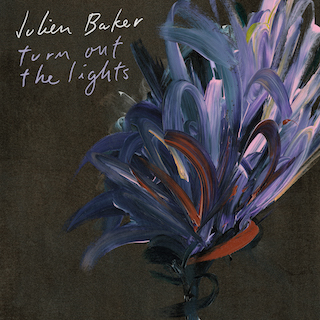 Turn Out the Lights, the second album from singer-songwriter Julien Baker, is an exploration of dark emotional themes as told through straightforward yet lush piano-driven songs. At the album’s core are its brutally confessional lyrics, through which Baker addresses failed relationships, self-hatred, and struggles with faith. Lines like “You don’t have to remind me so much how I disappoint you” and “You’re everything I want and I’m all that you dread” are present on every song, often contrasting sharply with the gentle sounds of the pianos and Baker‘s soft voice. Instrumentally, Turn Out the Lights features a more holistic sound than Sprained Ankle, Baker‘s 2015 debut album. The lead piano is often backed by sparse layers of guitars and strings, invoking the 90s “slowcore” sound. Standout tracks include “Shadowboxing,” which features a building guitar and piano duet alongside one of the album’s more intense vocal performances, and “Televangelist,” where heavier reverb turns a passionate vocal melody into echoing ambiance as the song goes on. Few artists can carry this level of emotional weight without slipping into excess, but Baker manages to translate her pain into an album whose power lies in its simplicity.