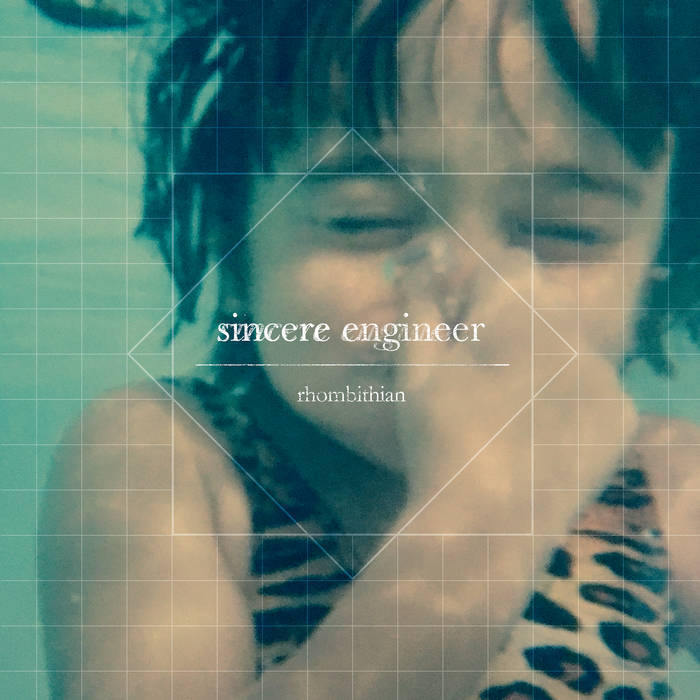 Sincere Engineer’s debut album packs the punk and underhandedly emo punch every lonely, loveless, and aloof college student can relate to. Deanna Belos, hailing from Chicago, charges eleven tracks with her powerful, growling vocals and innate ability to write a hooky, relatable lyric. Belos originally started as a solo act, mainly performing local acoustic shows that lended a more folky element to her songs, but as of recent she has acquired a full-fledged band that provides a new dynamic element with a fuller sound more fit for its self-branded revival of the emo genre.

Rhombithian unsheathes a sharper edge with gritty, guitar-centered sound that varies from a subtle twang and acoustic charm in “Screw Up” and “1K Rats,” to full, noisy tones most prominent on “Shattering.” Paired with a continuously punchy bassline and compelling, tumbling drums, the rhythm section drives a danceable beat, especially in “Overbite” which easily takes the crown as the hookiest track. Through all this, emphasis is still drawn tight on the vocals, giving a clear look into the lyrics to contrast the density of the deeper elements.

This album listens like a series of intimate narrative clips that let us into her mind, viewing in stop motion scenes like her laying drunk on the floor in “Ceramic Tile,” a sentiment most of us can relate to if not picture. Belos releases the internal monologues that surface in her life in a style comparable to Real Friends, but instead of the “feel sorry for me” quips and backhanded insults, Belos exhibits a genuine and light-hearted compilation of romantic anecdotes from her life, from not wanting to go to dentistry school to passing out on the couch, thinking about someone who’s not there when they need to be. As the album runs, the lyrics devolve from sharper imagery to more abstract, stream-of-thought verses, more about dreams and yearning for someone who’s faded from her life, leaving a hole that gets filled with alcohol, inspiring lines like “I’m so drunk in love I can’t stand now / I shoulda saw it coming / I’m just a kid, and I’m drunker than I’ve ever been.” Overall themes of absent lovers, booze, and scholarly procrastination run a thread through the tracks and tie them altogether to make a debut LP that is not only easy to listen to, but an enjoyably intimate journey into the life of the up-and-coming songwriter.