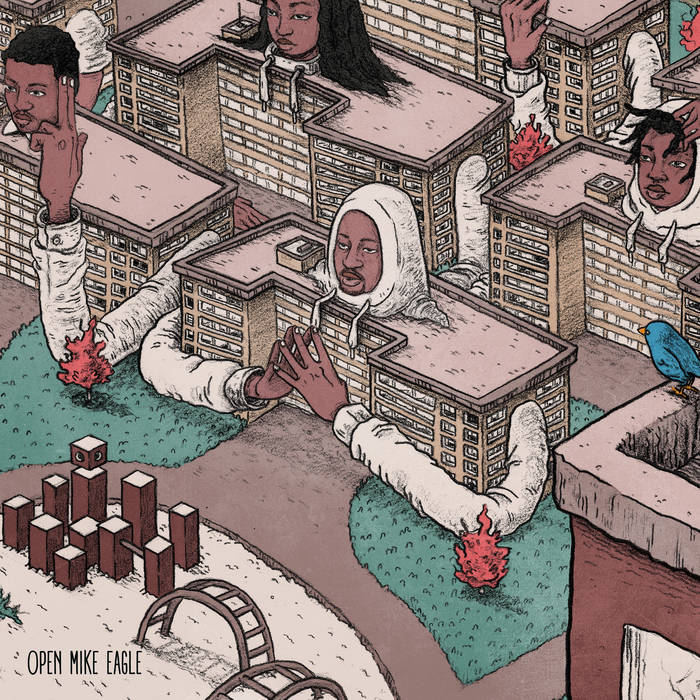 Open Mike Eagle returns with his most focused and conceptual album to date. Brick Body Kids Still Daydream is a poignant homage to the freshly torn down government housing project that Open Mike grew up in. Most rappers choose to either glorify or harshly condemn life in the projects, but Open Mike does neither on his 6th solo album. He instead attempts to paint an earnest painting of his personal experiences from living there, taking both the good and bad with stride. He personifies himself as the actual building he grew up in on the track“Brick Body Complex,” rapping in a hushed yet aggressive tone about how much rich history there is associated with Building 3925 and the people that reside in it. Conversely, Michael is not apprehensive to criticize the place he grew up. On the song “Happy Wasteland Day,” Michael pleads for just one day where people don’t act violently in the “wasteland” that is their housing project, proclaiming that violence has become far too normal for its residents. The beats on this album are subtle and often a little off-kilter, but always do a great job of supplementing the messages Open Mike is trying to convey on each track. The verses are in Open Mike’s signature sing-songy flow, which he seems to have finally perfected on this album. Just like any Open Mike Eagle album you can expect plenty of hilarious non-sequiturs and witty one liners, my favorite of which being, “All these discussions online is mayonnaise versus mustard, mayonnaise people think french can’t be trusted, mustard people think eggs is all busted.”