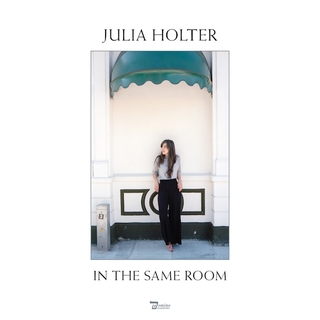 Julia Holter’s fifth release, In the Same Room features rearranged songs from her past albums. The live album was recorded at RAK studios in London. As an art-indie pop artist, Holter has used more unique sounds and audio tracks on her previous albums. For example, the song “So Lillies” on her debut album, Tragedy contrasts nature and city audio tracks and uses a heavy synth beat. On this album, everything is toned down and she uses the musical resources she has. In the live version of “So Lillies,” the vocals of Holter and her back-up vocalist create a similar stereo echo to that of the original release. The album uses a wide array of instruments, including violin, cello, harpsichord, piano, and drums to name a few. The harpsichord adds to the baroque vibe of this album. It is most present in the song “Feel You,” giving it a catchy baroque pop jazz sound that is unlike anything I’ve heard. The instrumentation throughout the album is so thoughtful and unique while the vocals are beautiful and distinct to Holter. With the instrumentation, it would be easy for the listener to get lost in the music, but Holter’s singing forces one to listen to the vocals. Lyrically, the songs are interesting. They all come off previous albums and Holter has a reputation for being a great story teller; her first album, Tragedy, was based off Euripides’ Greek play, Hippolytus. Most of the songs on the album are rearranged songs from her most recent album, Have You in My Wilderness, but it also features one off of Tragedy and a few off of Loud City Song. The three tracks off of Loud City Song, “Horns Surrounding Me,” “In the Green Wild,” and “City Appearing” are specifically interesting because they were highly produced on the original release and on this album it’s almost orchestral. From Have You in My Wilderness, “Sea Calls Me Home” and “Feel You,” are high energy, fun tracks. In the Same Room is the antithesis of Julia Holter’s prior works, but I think her fans and other listeners will enjoy the album’s simplistic beauty.