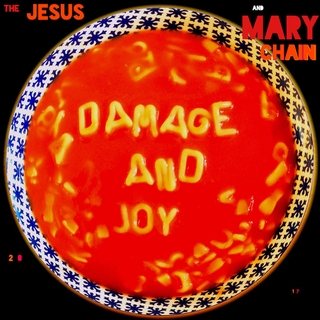 FEATURED REVIEW: THE JESUS AND MARY CHAIN – DAMAGE AND JOY

The very existence of the latest The Jesus and Mary Chain release, Damage and Joy, is unexpected in-and-of itself. For years, the tension between the two brothers had grown into hatred, with the two of them living continents apart, and was really driven home by the fact that their individual parts of their previous release, Munki, were recorded separately from one another. But behold, 19 years later they have returned with Damage and Joy, and not much has changed. The album is a far cry from their breakout record, Psychocandy, certainly. The sound is much more polished, but the content itself is nothing new. They still have a fondness for talking about girls, drugs, and angst (with the occasional encroachment into the political realm), and while there is less of that classic shoegaze wall-of-sound element throughout the album, they still incorporate it to a lesser degree. Overall, the album is pretty solid, though not career-defining.