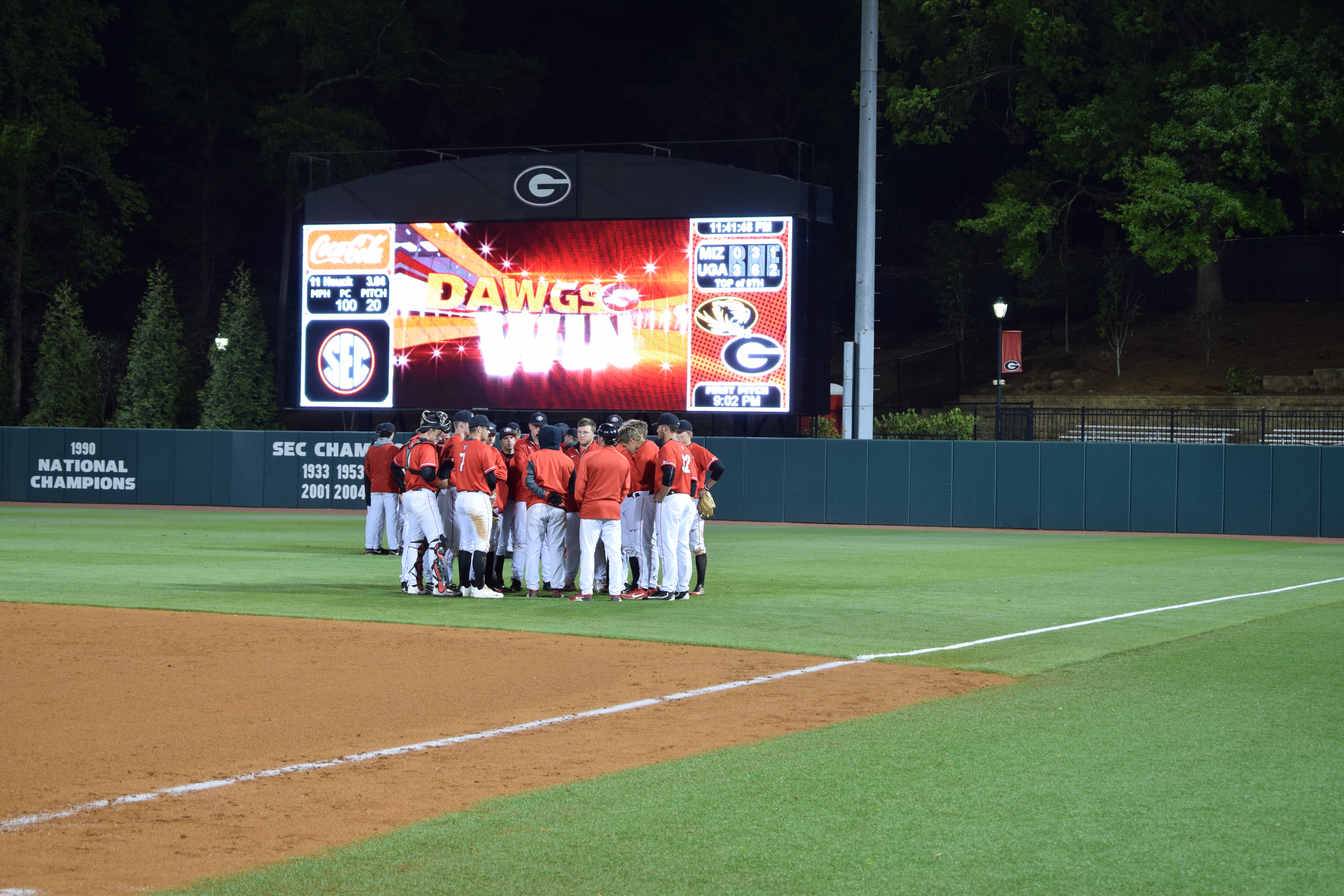 Gist throws smoke as the Bulldogs tame the Tigers

This was the Bulldogs fourth SEC win and provides a much needed boost after a crushing 4-0 loss to the other Tigers from Clemson on Tuesday.

Inclement weather forced Missouri to fly to Athens the day of the game. They arrived in the early evening and the game was pushed back from 7:30 p.m. to 9:00 p.m. to help accommodate them. It didn’t help much as they looked sluggish on the base paths and their bats were just not able to catch up to Georgia’s pitching. The Bulldogs took advantage and starter Andrew Gist showed no mercy.

Gist was dominate. The left-hander looked in control and picked the Tigers hitters apart through 6 innings of scoreless work. He didn’t allow a baserunner until the fourth inning and struck out a career high ten batters. This is his second start in a row with at least eight strikeouts.

“I just stick to my strengths,” said Gist. “And just kept doing what I was doing.”

Tucker Maxwell finally showed signs of life at the plate. In the third, he brought the small but vocal crowd to their feet with a towering solo shot that bounced off the top of the scoreboard in right field.

“It was good to see him barrel that ball up,” said head coach Scott Stricklin. “A leadoff guy doesn’t normally hit home runs but he’s got a lot of pop in his bat.”

That brought Georgia’s lead to 2-0 and Missouri started Tanner Houck was visibly shaken afterwards. That was only his second home run allowed this season. That home run also won a fan $1000 for the Home Run Jackpot Inning.

On defense the Bulldogs looked a little better but still  had a couple blemishes on the scorecard. First baseball Adam Sasser dropped the ball as he went to tag a runner who was caught in a rundown and  there was a throwing error by third basemen Aaron Schunk. He has been something of a liability at the hot corner and has committed nine errors already this year and fielding only .879.

He has made up for his lack of fielding with an impressive year at the plate so far. The freshman is hitting .321 and had another good game at the plate with two more hits in the first game against the Tigers.

Georgia returns to action Friday at 7:00 p.m. for the second game of the series before traveling to SunTrust Park on Saturday for the conclusion.