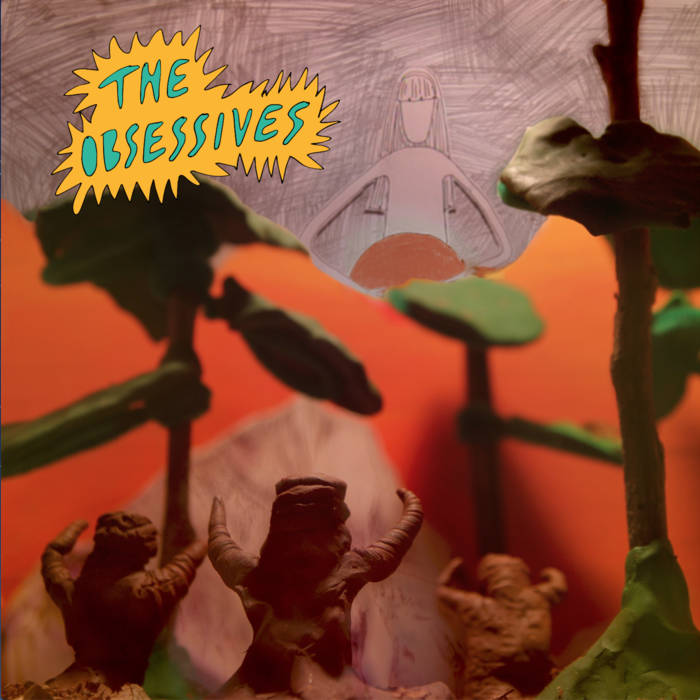 DC based indie rock band, The Obsessives display drastic change since their 2014 album Heck No, Nancy in their new self-titled release. Band members, Nick Bairatchnyi and Jackson Mansfield began playing music together in high school and shortly after graduating, released Heck No, Nancy. The emo, punk inspired album spoke of the band’s teen angst and coming of age frustration. Now, a little older, the band has changed their tone. The Obsessives reflects the punk-pop or indie pop-rock sound of 90s bands, like Weezer. Lyrically, the album carries similar imagery and ideas to Heck No, Nancy, but the sound is more mature. The vocals on The Obsessives are much easier to listen to and utilize nice harmonies, leaving behind the screamo vocals of the last album. For the best listening experience, I’d recommend listening to it in order. The order is intentional as the songs connect and tell a story. The songs ask very deep questions and the album as a whole questions existence. The instrumentation does not reflect the depth of the lyrics; most tracks are upbeat and fun, making their messages a little more enjoyable. The first three tracks, “Intro,” “You’re My God,” and “Surfer Rosa” shift into one another perfectly and set up the album well. The lyrics of these songs focus on understanding god and existence. “Surfer Rosa” specifically asks “where does god live,”despite concerning such a deep question, the track is upbeat and danceable. “Now She’s Smoking” and “Sometimes” explore different sounds while still maintaining the 90s punk pop sound of this album. Another great track on this album is “It’s Ok If.” This song, like “Surfer Rosa” is very danceable and of the album is perhaps most reminiscent of Weezer. Overall, The Obsessives do a pretty good job of resurfacing 90s indie rock, while also making it fun and contemporary.