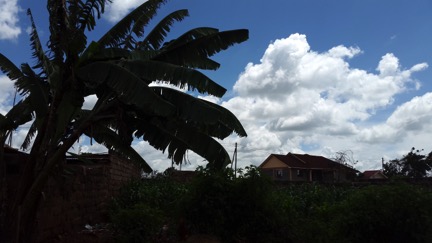 United States’ media has historically portrayed Africa as “the dark continent” filled with nothing but starvation, desolation, and mutilation, and while the continent has its fair share of problems (like any continent), there is more to see than the starving child sitting on Alyssa Milano’s lap.

America has deep economic ties to Africa. In fact, the U.S. can be left quite vulnerable without the tens of billions of dollars worth of minerals the continent exports to America.

However, trade relations should not be the sole, or even main reason Americans should concern themselves with the world’s second largest continent. There are major current affairs taking place in the birthplace of humanity just as there is in the areas mainstream media portrays.

Currently, the indigenous people of Western Sahara, Sahrawis, have been fighting for independence for almost 100 years from Spanish colonization and went to war for 16 years with Morocco to gain sovereignty.

Nevertheless, Sahrawis only control 20-25% of their homeland, known as the Sahrawi Arab Democratic Republic, while Morocco controls the rest of Western Sahara with no prospects of giving Sahrawis autonomy. This conflict greatly mirrors another in a nation not too far from them, the Israel and Palestine conflict. After the 1947 UN Partition Plan, Jews were granted 55% of Palestinian territory, though they only owned 6% of land previously. Today, Palestinians control a diminishing 10% of then-Mandatory Palestine.

Like Palestinians who have fought for independence for decades only to have their land stripped from them, countless Sahrawis have been killed, displaced, and have generations of children who have never been to their home country.

But, just as the U.S. supported Israel as Jewish settlers forcibly removed Palestinians from their homes, the US supports Morocco’s claim on Western Sahara, even as Sahrawis continuously suffer from human rights abuses.

So, let this not only serve as an introduction and reflection of your knowledge of news in Africa, but of your government’s relations with the continent.

One popular discussion during this tense political climate remains to be negative immigrant rhetoric spread in America and Europe, yet hardly anyone is discussing the violent xenophobia taking place in the largest economy of Africa.

South Africa is suffering from its own wave of anti-immigrant hysteria, again, as anywhere from 1.5 – 2 million African neighbors seek refuge or employment in the country. And this is causing yet another surge of xenophobic tension in the post-apartheid nation.

The threat of job opportunities, endangerment of their homeland, and threats to South Africans’ culture all fuel South Africa’s anti-immigrant sentiment. Sound familiar?

But, instead of electing officials or voting on referendums that will “protect” the country’s borders, South Africans are taking to the streets to loot foreign businesses, set fire to their homes, and even torture and kill both documented and undocumented immigrants.

Yet, even with such a clear violation of human rights, almost every discussion in the classroom will only encompass President Trump and Brexit.

I am not saying any one issue is more important than another. In fact, I’m saying the opposite. Regardless of where in the world these issues and events are occurring, we must not turn a blind eye to any.

Just like Syria, Russia, Mexico, and even North Korea deserve and receive our attention, the 55 countries on the world’s second largest continent deserve it just as much. Economic prosperity, civil war, political manipulations are not independent to the birthplace of humanity.

As Martin Luther King Jr. once said, “Injustice anywhere is a threat to justice everywhere.”