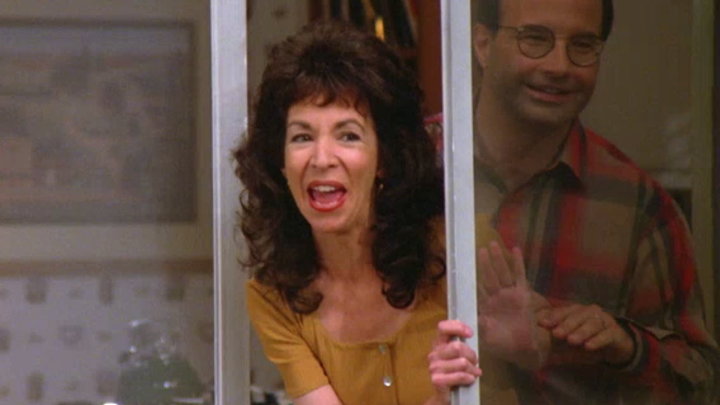 Q&A with Lisa Mende: Seinfeld, the arts in schools, and The Circle Ensemble Theatre

Lisa Mende is known for her roles in productions such as “Nothing To Lose,” “The Five Heartbeats,” “The Hollywood Shuffle,” and “Sex and the City” amongst others. However, one of her most notable was Carol on the hit sitcom “Seinfeld,” the mutual friend of Jerry and the other main characters who insisted that the group come and see the baby. The character was memorable for her distinctive, nasal voice and the line, “Jerry, when are you coming to see the bay-bee?”

Mende has since left the Hollywood scene and now lives in Athens where she started a theater company called “Circle Ensemble Theater.” Recently, I sat down with Mende to reflect on her time in the film industry and endeavors since moving to Athens.

How did you get your start acting?

Lisa Mende: Well I mean ever since I was a little girl I wanted to be an actress. I was in little plays. I think initially it was a way to have people like me. I discovered being on stage is powerful because if you can manipulate people to make them laugh or cry that is a certain power. I studied theater at university then I moved back to New York and I studied in some schools there as well.

I met some other people who formed an improvisational group. I joined that group and then some of us split off from that group and formed our own group called the Broadway Local. It was a woman named Mary Thompson Hunt, a guy named George Wilson, myself, the comedian Domenick Irrera, a pianist named Susan Anderson who went on to be a Broadway producer and then Michael Patrick King who went on to be my comedy partner but more importantly he went on to write, produce and direct “Sex and the City.” We had a residency in a theater in New York for several years and then many of us branched off and moved to Los Angeles where I did a movie called the “Hollywood Shuffle” with Robert Townsend. We made the movie and then Samuel Goldman bought it. We all got our Screen Actors Guild cards. Then I met an agent and I started auditioning for television shows and movies and that’s what took me up until I moved to Georgia.

Was there a particular film or actor that inspired you to be an actress?

My parents really never let us watch much television. It wasn’t anything I had seen on television. I read a lot and one of my heroes to this day is an actress named Sarah Bernhardt who was the first naturalistic actress. If you look at her work today it looks way over the top but in her day it was considered very naturalistic. I read every book there was to read about her and I found her life fascinating. I think that influenced me but I think being put in a Sunday School play when I was a little girl helped me to discover that’s where I felt most comfortable.
Speaking of Sunday School plays, do you think the arts is still stressed in schools today as it was in the past?

No, I don’t. For one thing, the first thing that gets cut are things like arts because for some reason people think we can live without art. It has been proven that art improves not just the way you work as a student but it helps you in your social interaction. In some places, depending where you grow up it keeps you off the street. If your after school program is being in band or in a play or writing poetry or chorus it puts you in another place. I don’t think we stress it enough. Our current administration is about to put billions of dollars in the military and take billions of dollars away from programs like the arts. We need the arts.

A lot of people know you from your work on “Seinfeld.” Would you mind telling me how that role came about?

“Seinfeld” was written and produced by a lot of people that I knew because I came from the stand-up community. I still had to go and audition the first time. What they do in Los Angeles is give you sides, which are pieces of the script with the scenes and lines you will be auditioning for. I looked at what I was reading and I thought I grew up with these people. I know these people with my eyes closed. I went in and read and knew at that very moment nobody else is going to do this part. This is my part. I did my first episode of “Seinfeld” which is the very first time you see the baby. The next time they called me to come on the show and called me four more times to do the show just because they had fun writing for this character. She made the writers and producers laugh because she was a funny character. It still amazes me how popular the show is.

Being that “Seinfeld” is such a monumental show, what do you think it was about the show that connected with viewers?

I don’t know. I didn’t watch it because when you do it you don’t normally say you are going to watch yourself on television. I actually think because it was snarky and mean spirited I think everybody kind of relates to that. Let’s face it they weren’t real nice. They were funny as hell but there is no show where you see somebody really doing something nice for somebody else. I haven’t watched them all but I think because it’s a show that’s very real. The people aren’t trying to be saviors. There is no message. It is a show about nothing and I think that people are snarky as hell and I think people love that.

Do you still keep in contact with any of your colleagues from the show?

Jason Alexander is the person I stay in touch with the most. Jerry, I’ve known for years. I know him from the stand-up community. He and my ex-husband are still very close. I would say Jason and Jerry are the people I have the most contact with and some of the writers like Larry David.

It depends on if you get the perfect storm. Larry David is a brilliant writer. Carol Leaf was a brilliant writer. A number of people on “Seinfeld” were great writers. Larry knew Jerry from the stand-up community. He put Jerry with the best actors on television. It was a perfect storm. Can that happen again? I’m sure it can. Has it happened again? I don’t know. My daughter loved the “Big Bang Theory.” I watched a couple of episodes and thought it was good. Again, I don’t watch much TV.

I think America takes what you give them. You give them “crummy” television they’re going to take it. For one thing people love thinking they are seeing into the lives of these people. Reality TV is as scripted as anything else. It is absolutely scripted. There isn’t a show on television better than “Rupaul’s Drag Race.” It is the best gem. My daughter and I are hugely addicted to it. It is so much fun to watch. It has a great message and you can learn how to do great make up. Reality television will only take over the television people watch on network TV when they allow it. Reality TV is not on network TV. It is on the off networks. The people get paid less. If you accept it then you get it. If you don’t fight for wanting to see quality television you are not going to get it. The same thing with music. If actors are angry about reality TV there is not a whole lot we can do about it.

What are some of your favorite shows to watch?

I’m going to sound like a jerk. I watch mostly English television because it is good acting, good writing. It is shot beautifully and in order to be still sexually attractive as a woman you don’t have to be eighteen. If you watch English television there are women in their fifties and sixties who are still love interests and considered sexy. I loved “Downtown Abby.” There are great shows from Australia called “Miss Fisher’s Mysteries.” I like historical fiction so I watch a lot of that stuff. They don’t do historical fiction here. They take English shows here and flip and make them American. There is a show called “Absolutely Fabulous” which they can’t do here because it’s two women who curse and smoke. I don’t watch a lot of American television.

Which of the productions you were involved with is your favorite?

The very first film I did which was called “Hollywood Shuffle” is probably my favorite thing I’ve ever did because it was all improvised. Keenen Wayans, Damon Wayans, and Don Chito is in it. We were all part of the comedy group. It pretty much stands the test of time. It is well worth watching. It is Robert Townsend’s movie. We were all pals so we just got together and did it.

(After relaying to Lisa one of my favorite movies by the Wayans’ Brothers is “A Low Down Dirty Shame,” she alerted me of her involvement with the film by saying):

I am in that. I’ve never seen it. I don’t know how much I’m in it. I know that I played somebody’s agent. I know that I think I have a tiny scene with Jada. I can’t remember. I did “Five Heart Beats” also. I think I’m a music executive in that. You do a film and sometimes you get cut and nothing is left. I did a film called “Nothing to Lose” with Tim Robbins. I had a much bigger part and it got cut down to two lines not because I wasn’t good but because they wanted to get to Martin Lawrence’s story faster. Keenen was a friend who called me up and said would you do a part in my movie, same thing with “Five Heart Beats.” In some ways if you become friends with people you get some work because you worked with them and they know you are good to work with.

Why did you move to Athens and was moving from Hollywood, the film capitol of the world, to Athens, a small college town, a huge adjustment?

My brother lived here since 1980. He used to fly me out to visit him for years. I loved it. I met people who I became friends with for all those years. My daughter was going to school with the most famous, the most entitled children. I was certainly not that. I was a working actress. I rented my home. I didn’t have a nanny. I didn’t have a fancy car. These kids were growing up so fast and I thought we can stay in Hollywood and she will be on birth control by the time she is thirteen. She had a childhood here, made friends and had a good life here.

How was your theater company, Circle Ensemble Theater started?

Actors ended up here from Europe, Chicago and Los Angeles and we formed this company six years ago. We were just given a home in Winterville. We have a beautiful theater which was the Winterville High School Theater. It is being refurbished. We will do our first show there the 21st of April. It’s called “Oh What A Lovely War.” We are not for profit. It’s a great great company.