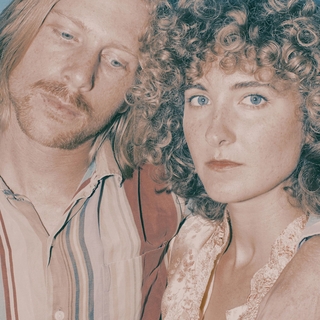 To be blunt, Tennis arose at a time when the indiesphere was rife with male/female pop duos (Beach House, Cults, etc.) that were tough to make clear distinctions between. With its breezy lyrics and surfy guitar melodies, Tennis’s first album, Cape Dory, was admirable primarily for the novelty of its creation process, where musical and romantic partners Alaina Moore and Patrick Riley sailed a boat around the east coast. On their subsequent albums, Moore and Riley broke free from the pop duo crowd, honing their retro sound with the help of producers like Patrick Carney and Jim Eno.

Now, Tennis has forgone outside producers entirely, opting to instead produce and play everything themselves. As a sort of new beginning, it is only fitting that Yours Conditionally spawned from the same catalyst as their first album, with Moore and Riley once again taking to the seas to seek inspiration and solace to draw from. Upon hearing the singles “Ladies Don’t Play Guitar” and “My Emotions are Blinding”, it is clear that Moore has reached new heights with her lyrics, as she is clearly coming from a more sarcastic, pointed stance than on previous records. For instance, on “Ladies Don’t Play Guitar”, Moore sings “I can be the archetype of whatever you’re feeling” and on “My Emotions are Blinding” she exclaims “I’m just a vehicle for the material.” Although Moore tends to reflect more on society’s views towards women on Yours Conditionally than on past albums, she and Riley still prove adept at writing confectionery love songs. This time around, Moore reflects on her marriage with Riley on songs like “Matrimony” and “10 Minutes Years”, with the former looking back on their wedding day, and the latter ruminating on when things could abruptly come to an end. Combined with the swooning, 50’s vocal pop quality to her voice, Moore is unstoppable.

Whether it be on the oceanic “Fields of Blue”, or on the Fleetwood Mac-inspired “Baby Don’t Believe”, guitarist Patrick Riley is also shown to have mastery in understated guitar riffs that do wonders in adding to the overall tone of the music, without distracting from the poignancy of Moore’s songwriting. On that note, instrumentation on the whole is as strong as ever on Yours Conditionally, with twinkling keys, simple guitar leads, and drums being occasionally manipulated and distorted to fit the vibe of the songs. With Yours Conditionally, Tennis took a chance by producing themselves and in the process stepped up their game both lyrically and sound wise to create what is one of their strongest releases yet.