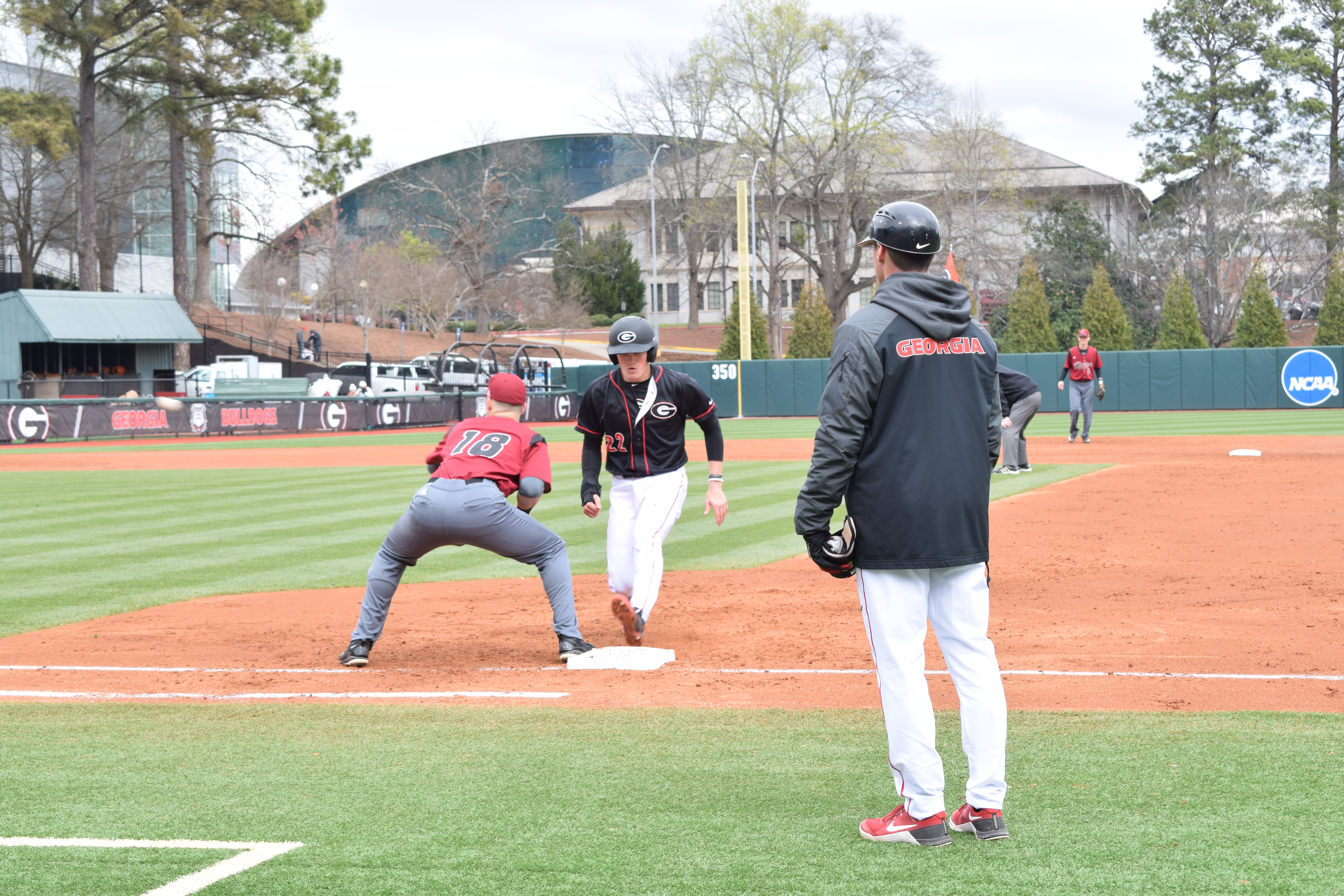 Georgia was finally on the right side of a blowout victory against Rider. The Bulldogs defeated the Broncs 9-3 Sunday afternoon at Foley Field.

Georgia finally got a good outing from their starting pitcher. After the first two games saw their starters go a combined one and two thirds innings and give up 12 runs, Chase Adkins went six innings and only allowed one run. He looked dominant throughout the game and even when he ran into trouble he was able to avoid damage.

“He’s a great guy to have pitch on Sunday,” said head coach Scott Stricklin. “He can help sweep a series, win a series or salvage a series, unfortunately this weekend he was in that position to salvage it but he did it for us.”

He started the game by giving up a run to the leadoff batter but after that held the Broncs scoreless. In the third inning he ran into a little trouble and loaded the bases with two outs. But he forced a groundout to the second baseman to end the inning with no runs crossing the plate.

The Bulldogs bats picked up for the first time this weekend and they went for eight hits from six different players. Shortstop Cam Shepherd looked good going two for five with and RBI and a run scored. He has been hitting the ball hard all week and the hits have finally started falling for him.

Aaron Schunk had his best day of the season going two for three with four runs scored. The third baseman has had a slow season at the plate so far so this was a breakout day for him.

Michael Curry also had two more RBIs with another hit. He has had a good series with a home run and five RBIs.

The defense looked much sharper today compared to the first two games of this series. They still had a couple errors but Shepherd had several good plays at short and Trey Logan had a good day getting the start at second. He had a great play on a hard hit ball over the bag at second where he backhanded the ball and threw a strike to Adam Sasser at first for the out.

“He’s been a really pleasant surprise for us as a freshman,” said Stricklin. “We knew he was gonna catch some this year, but he’s really grown up a lot just in the last few weeks.”

Georgia has been inconsistent this season to say the least and this series continued that trend.

The Bulldogs finish out their home stand Tuesday and Wednesday with games against Mercer and Presbyterian before starting SEC play against LSU in Baton Rouge next weekend.