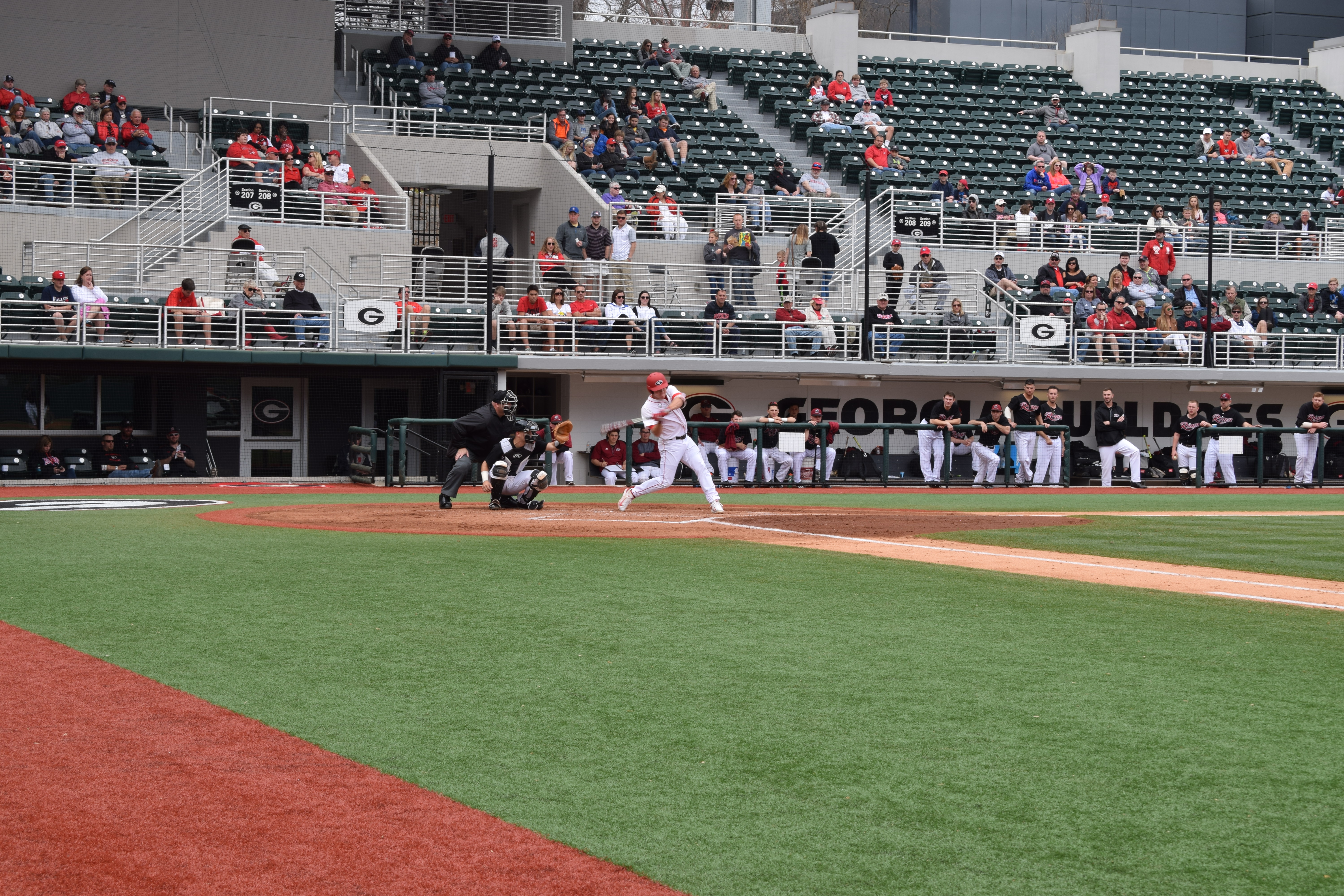 The Broncs dominated the Bulldogs pitchers for 10 hits and bounced Georgia started Tony Locey in the second inning. Locey, a powerful fastball pitcher, struggled with his location and Rider made him pay. They were spraying hits all over the field and batted around in the opening frame.

This has been a problem with Georgia pitchers this season. When they struggle early they haven’t been able to recover. The past two games have been a major setback for the rotation after a good two weeks on the mound. The Bulldogs have given up 19 runs so far in this series against Rider and that is not a good sign with SEC play looming next weekend.

One bright spot for the Bulldogs is sophomore catcher Michael Curry who hit his second home run of the week. In the fourth inning with a runner on, Curry belted a 2-run shot into the parking lot behind left field. It was the only offensive production for the Bulldogs besides a sac fly by Adam Sasser in the second inning.

Georgia’s bats have been quiet this weekend with only 13 hits and seven runs in two games. So far this season they have struggled to score runs and have scored more than five runs only five times. Two of those games still resulted in losses.

The biggest factor in this game were the errors. Georgia committed eight errors and look downright silly most of the game.

“We’re not making plays and you’re not gonna win any games,” said head coach Scott Stricklin. “It was sloppy and like I said we have to have more pride than that.”

Overthrows, missed balls and just mental mistakes plagued the Bulldogs and made them look like a little league team in their first game. Curry struggled behind the plate missing two throws to first on dropped third strikes which resulted in baserunners for Rider.

It was surprising that Rider didn’t score more with the play Georgia provided but after Locey left the game the Georgia bullpen stopped the bleeding. Ryan Avidano and Shaefer Shepard both looked good and allowed no runs in five innings of relief.

“Ryan and Shaefer Shepard both did a good job,” said Stricklin. “They gave us five scoreless innings to end the game and gave us a chance.”

But it was too little too late after Locey’s six runs in the first two frames.

Georgia needs to find consistency for them to be successful. They are a streaky team and if they continue playing the way they have it could be a long season for Bulldog baseball.

The Bulldogs finish up the series against the Broncs Sunday at 2:00pm from Foley Field.