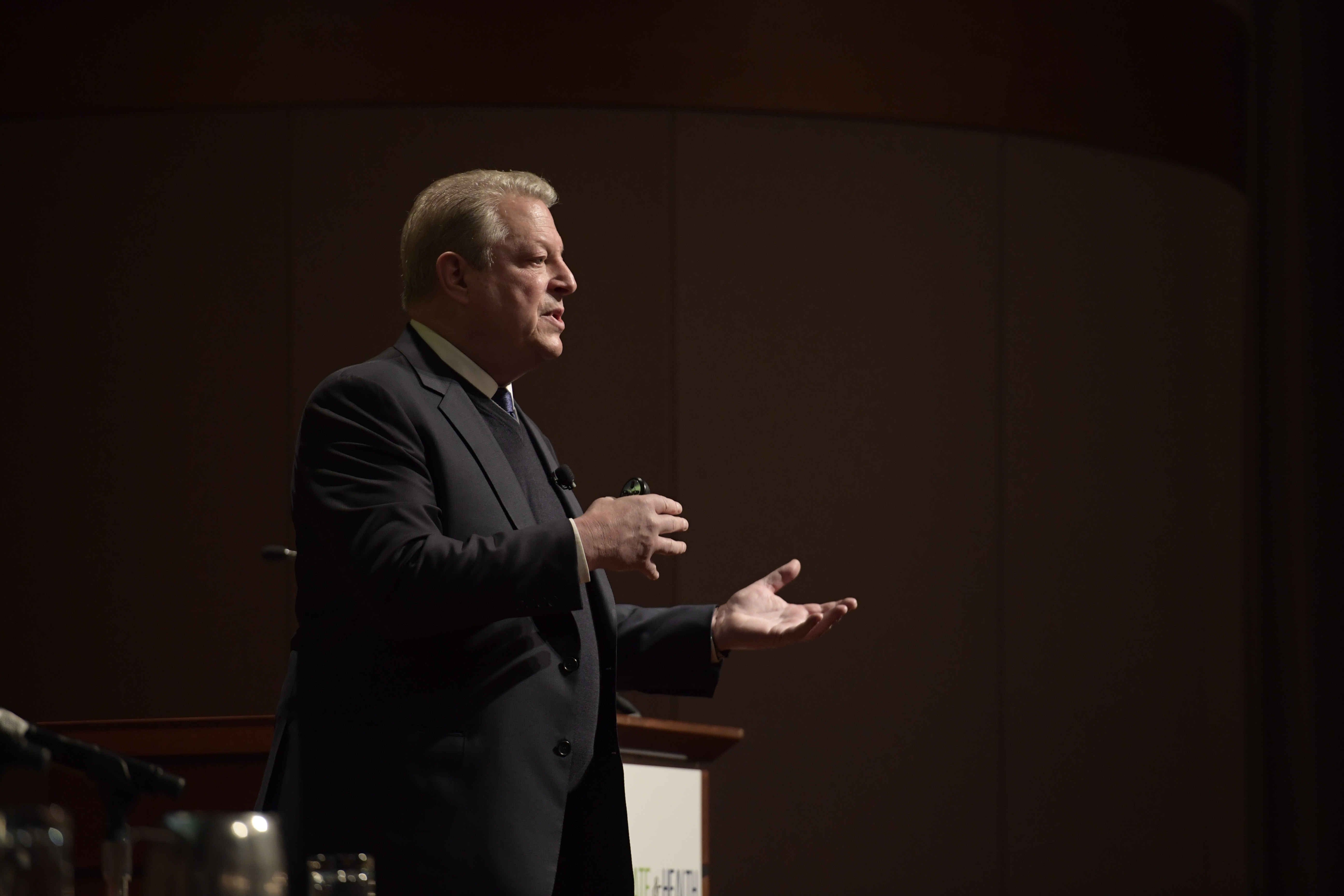 On February 16, former U.S. Vice President and founder and chairman of the The Climate Reality Project, Al Gore hosted the Climate & Health Meeting at the Carter Center.

Gore noted that there has not been enough attention given to the health consequences of climate change.

“This is a relatively new finding, that in some areas of the Middle East and north Africa, there will be, according to the scientific predictions, areas that will no longer be fit for human habitation,” Gore said .

Experts from the American Public Health Association, Centers for Disease Control and Prevention and World Health Organization were among speakers to address attendees of the conference.

The first panel discussion was moderated by Jonathan Patz, director of the Global Health Institute at the University of Wisconsin- Madison and involved a panel including Kim Knowlton, assistant clinical professor at Columbia University’s Mailman School of Public Health, Mark Keim, founder of DisasterDoc, Sam Myers, clinical instructor at Harvard University, Glenn Morris, professor of infectious diseases and public health at University of Florida, Patrick Kinney, research associate of Boston University and Lisa Van Susteren, member of the advisory board of Center of Health and the Global Environment at Harvard Medical School.

Knowlton noted that the rate of warming in the last thirty years outpaces anything in the prior one thousand years and that sixteen of the seventeen warmest years have occurred since 2001.

“Extreme heat increases premature pests and illnesses. Our bodies regulate internal temperature mainly via the heart and lungs,” Knowlton said. “ Our hearts beat faster, we breathe more rapidly and we push fire more to cool ourselves when it is very hot but if these body systems cant do their job internal body temperature rises and heat related illnesses occur. They range from mild symptoms like heat cramps and fatigue to more serious fainting and exhausting to heat strokes which is fatal in over half its cases.”

This was followed by special keynote addresses by Laura Turner, daughter of CNN founder, Ted Turner, board member of the Turner Foundation and co founder of “Mothers and Others for Clean Air,” Sir Andy Haines, professor of public health and primary care at the London School of Hygeine and Tropical Medicine and Stephanie Stuckey, chief resilience officer of the city of Atlanta.

Turner noted that “Mothers and Others for Clean Air” which she co founded is an official program of the American Lung Association.

“Here in Atlanta in 2007 we were ranked the number one asthma capitol of the U.S.,” Turner said. “It is really important for us as mothers and others especially the health community to come together and protect our children’s lungs and then also advocate for great policies that are gonna reduce air pollution.”

During the conference Vice President Al Gore introduced President Jimmy Carter to the crowd. Gore thanked Carter for his time as a president of the United States and his work as a leader regarding health issues such as guinea worm disease.

“We concentrate primarily on neglected tropical diseases. This has taken us to the poorest villages on earth. We have a very active group associated with the Centers for Disease Control,” Carter said.

Dr. Georges Benjamin, executive director of the American Public Health Association noted that more attention needs to be given to consequences of climate change such as beach erosion and land erosion being experienced by islands of the West Indies.

“Sun and sand is their lifeblood. Diseases like zika and dengue will disproportionately affect them because they’re in warm parts of the world. They’ve got to develop really good mitigation and adaption plans,” Benjamin said.