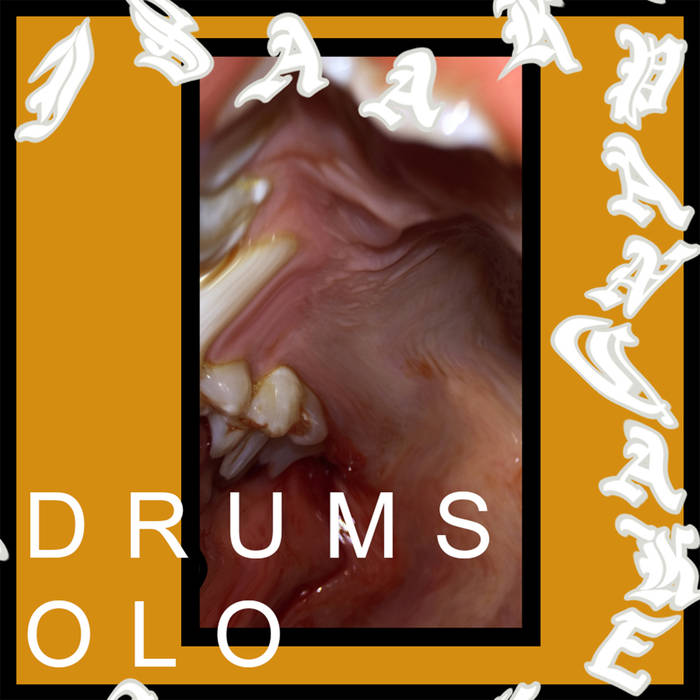 Get abducted by Isaak Pancake’s latest experimental electronic project “Drums Olo.” Note the wit in the title: drums olo= drum solo. The title’s ajar double entendre mimics the album’s experimental bent. Isaak’s whirring centrifuge of analog-drum machine hybrid paints gruff landscapes with mixed meter of ear-drenching technique and effects. This album is a sonic battle within itself, spanning from swirling dog whistle to alienating jpegged bass. The track “Medium,” for example, is a sampling oxymoron providing bubbling rhythm against jarring industrial-core notes scattered across the soundscape. The opener “Blind Ate” imagines a machine start-up noise, perfect for the intro into Isaak’s electronic abyss. This track is cluttered with white-washed chords reverbed to hell sprinkled with unintelligible autotune and analog drum shot interjections. “Buyer” follows in the track order with a bold four-four to seven-four mixed meter featuring some phat drums. “Sweet Song” follows the breakbeat suit with a dissonant rock beat, tom driving with a backbeat tisk from the hat which eventually devolves into triplets. This song warrants a laugh since it is most definitely not sugary-“sweet” like one would assume just knowing the title. “Performance & Reliability” is the purest drumming tour de force (the whole album is a drumming tour de force) of the album showcasing the potential Mr. Pancake has for some serious kit solos. “A Play B Play” and “D Play” prep the album closer and play more like one song.The sounds he uses in these two songs depict a deconstructivist interpretation of the local assembly line. Feel that abandoned factory vibe. “Olo,” the pinnacle closer has a deep panging sforzando bass paired against chagrined steel lagotto warping the listener to an escape from a collapsing building. I listened to “Olo” 5 times hoping that it would magically extend the album.

All in all, the album is riveting, noisy, and even with those two combined, surprisingly listenable. I look forward to more innervation of industrial-core sounds in mainstream production and this album is a great manifesto for that. -Chris Tidwell