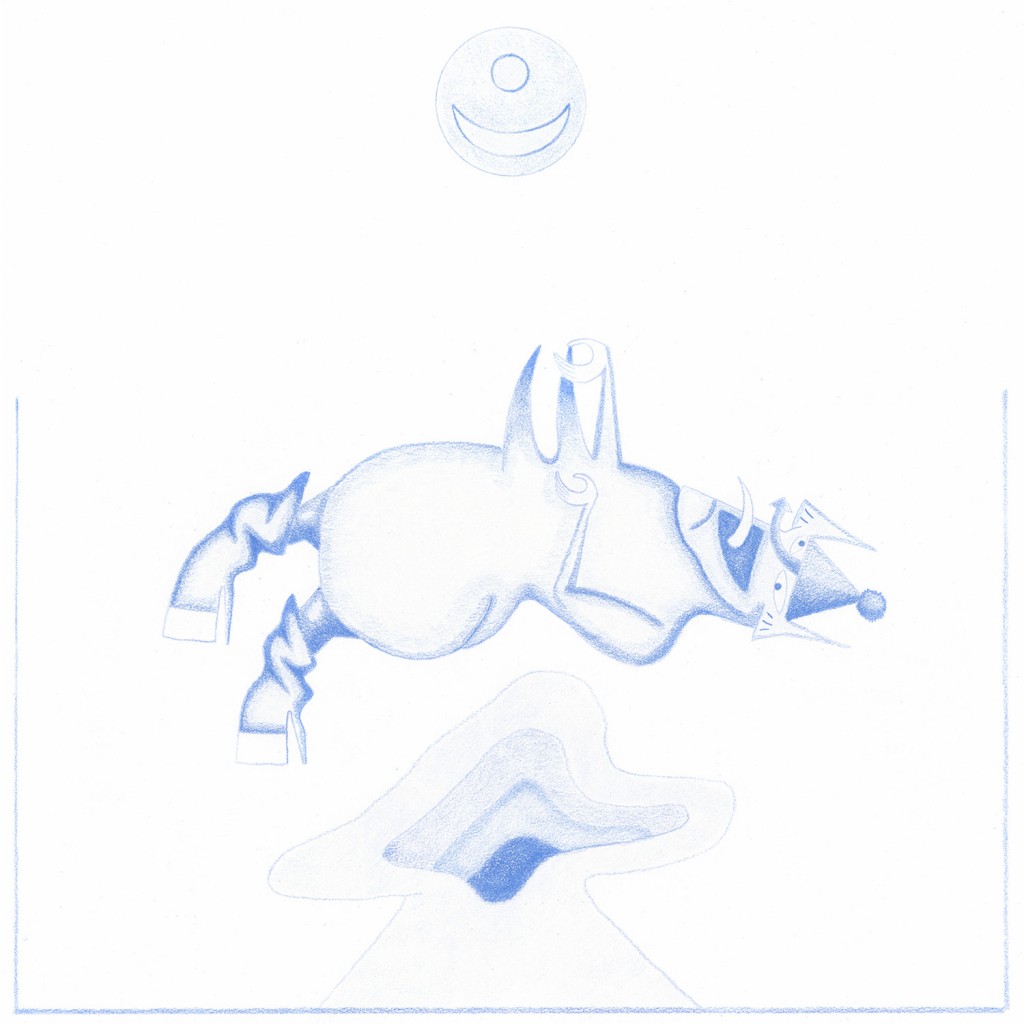 Devendra Banhart’s ninth release, Ape In Pink Marble, is full of mellow freak-folk songs with samba and bossa nova influences. When describing the creative process behind it, Banhart explained that he and those involved with the recording process constructed an “aesthetic template” to set the songs against, and strove to both write new songs in accordance to it and rework those they had already written to fit the vibe of the lobby of an “imaginary hotel in this distant prefecture of Tokyo where there’s just a faded old broad and this kind of disheveled, old salty dog used-car salesman that’s the only guest, that’s been there for the last 10 years.”

The time spent on this album was a sorrowful one for Banhart. He lost 5 people he was close to in a short period of time, and while he insists that he does not turn to art for catharsis (and instead “turns to art for art”), this album is still very much one shaped by grief, as evidenced by the opening track “Middle Names.” The sparse song, devoid of much besides his vocals and a simple guitar line, is a tribute to his recently deceased friend, Asa Ferry, frontman for Kind Hearts and Coronets, and describes both the feelings of longing to see him, and the heartbreak felt upon the realization that he will never be able to again.

Though he insists in the opening track that his “heart belongs to no one,” track four, “Mara,” deals with the struggle to forgive a past lover, and more importantly himself for “[falling] from one trap to the next.” While he is no longer in love with this person, he cannot help but feel vulnerable around her. While the first few tracks were rather mellow, bordering on somber, the next two tracks, “Fancy Man” and “Fig in a Leather” are relatively upbeat and fit with the narrative of the Tokyo hotel that Banhart sought to write the soundtrack to. “Fancy Man,” according to Banhart, is the man in the hotel, while “Fig in a Leather” fits the “faded old broad.” “Fancy Man” blends electronic blips with the koto that is featured so heavily throughout the album, while “Fig in a Leather” maintains the vibrance with strings and a bossa nova vibe. Soon after comes “Saturday Night,” another calmer track that makes use of little besides his vocals, basic percussion, and the koto.

Overall, Devendra Banhart’s newest release demonstrates that he doesn’t need much in the way of musical flourishes to make a masterpiece, and results in a mellow, satisfying listening experience.