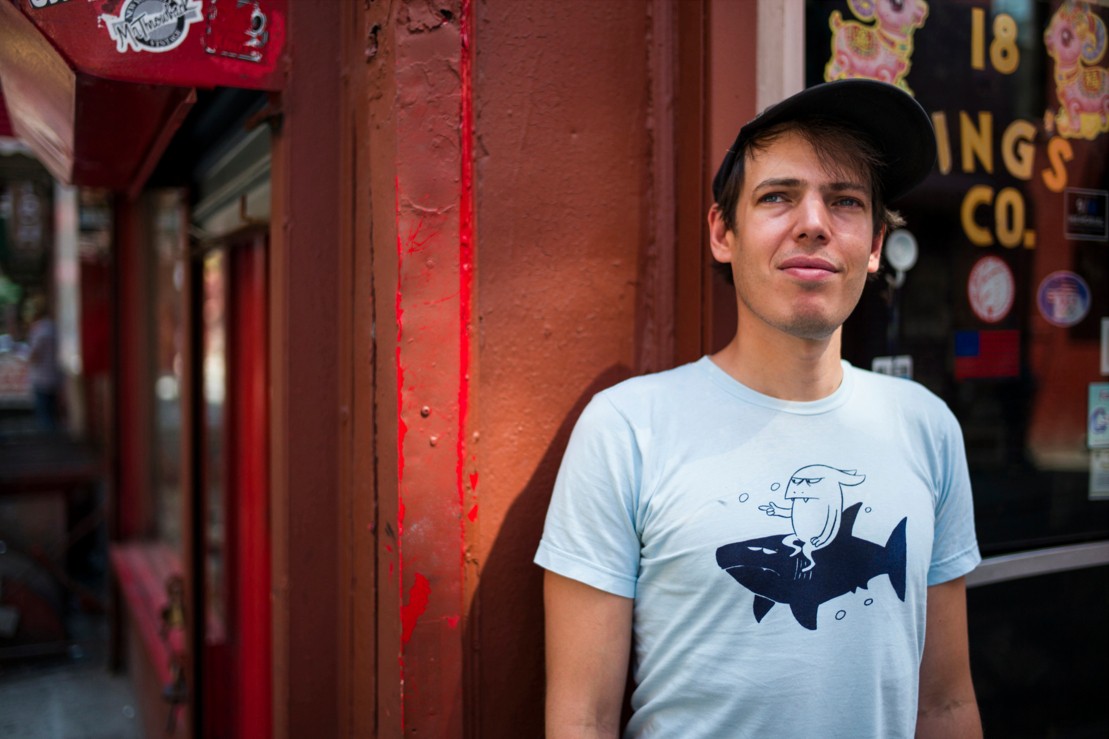 Jeffrey Lewis returns with his famous narrative, monotone vocal inflection that meanders through soft instrumentals with wordy, vivid passages that play out like a diary of sorts. Lewis details the routine of life from the mundane, like watching skateboarders in his hometown Manhattan, to the intense, like his battle with his past in “Screaming Old Man”, where he wrestles with the fear of growing up unaccomplished and unhappy, or otherwise not realizing his full potential. This theme of self-deprecating introspection runs parallel to his classic storytelling, giving the album a brilliant sense of being immersed in Lewis’s mind as he undergoes such events. Jeffrey busts out with his storytelling talent primarily on the opener “Scowling Crackhead Ian”, offering us a character profile for his schoolmate Ian in painstaking detail, so much so that the listener becomes empathetic with Ian despite his criminal misdoings. It’s a gripping, speculative point of view that questions what makes someone “bad”, and how much of it is actually their fault, from a very human, subjective perspective that engages the listener with its ambiguity and challenges the schema for morality. “Manhattan” takes a more narrative, objective approach to the stories, reminiscing on a walk to Brooklyn with his girlfriend, who he’s seemingly on the rocks with, that places you in its shoes with a lengthy duration and meticulous detail of graffiti, people, and the sun. The track is mostly descriptive, until Lewis’s perspective creeps in with incremental details of his relationship status(“But now you’re mostly quiet, so I guess I’m done talking”, followed by “here come some joggers”), wedged in between this collage of scenery, making for an immersive listening experience that takes multiple listens to lay out and pull apart, but well-rewarded with an emotional, relatable sense of awkwardness.

Though not every track is so dense and substantial that they become exceedingly weighty; Lewis is conscious enough to flavor these with a relatable deadpan humor, like on the track “Support Tours” that marvels at the trials of being an underground musician, groaning that he’d “hate to leave his home for a tour with crummy pay, but if you get asked what are you really gonna say?” This is just one highlight of Jeffrey’s poker-faced malaise, and even at times the sense that he laughs carelessly at his misfortunes. Instrumentally this album is a much more rock-oriented direction than past Lewis records, and while generally denser still remains a folk-inspired steady backing to emphasize the lyricism. There are a lot of low-mixed keyboard melodies, simple drum patterns, and guitar strings that waver erratically with a twee-inspired melisma in a more indie rock tonality. Though these guitars aren’t unadventurous, showcasing concise, comfortable licks and nicely bent notes that any Mac Demarco fan could get into. And on the closer “The Pigeon” they even grow into a distorted solo that sounds like something Lou Reed would’ve strung out with Velvet Underground in the 60’s, and it makes for a great finish.

Manhattan is a tastefully self-aware collection of indie rock-borrowed anti-folk tracks that cultivate a vivid description of Lewis himself in a portrayal that everyone can see at least a little of themselves in. He paints pictures in an obscured black-and-white to which he fills in the colors of his choosing, and through it offers his own perspective while simultaneously allowing for the listener’s own to be interpreted. If you are a fan of wordy, introspective folk music with a comfortable instrumental timbre and affinity for malaise-laden realism, Manhattan is an album you will enjoy digesting.