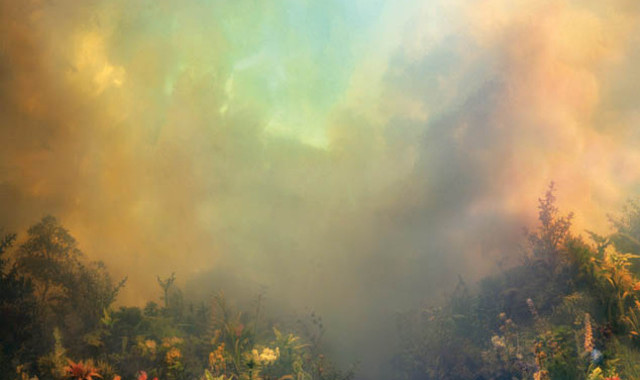 Divers is the fourth studio album from singer/songwriter and harpist Joanna Newsom. Newsom’s previous album Have One on Me was a 2 hour-long feast and, comparatively, Divers is a much more easily digestible batch of songs. The instrumentation is a lush exhibit of baroque and folk sounds and the arrangements are exceedingly complex. Newsom’s voice remains a polarizing force, and she seems to rarely take a breath as she chirps lyrics of tremendous imagery and power. One highlight on this album is “Sapokanikan,” which references a former Native American settlement in the location of current Greenwich Village. The song seems to rarely repeat a melody, but many of them are infectious enough to burrow their way into your brain nonetheless. Another standout track is the title track, which starts off with an incredibly moving harp section that seems to spiral downwards and soon builds into a piano driven orchestra of a song. Divers is sure to be one of the best albums of the year.

Chillwave connoisseur Neon Indian moves into groovier territory with his third album, Fly International Night School, drawing on the synthesizer patterns and song structures of synthpop and the bass-heavy grooves of p-funk and nu-disco music to create an addictive collection of danceable songs regulated by interludes of synthesizer arrays of almost ambient quality that keep the record unpredictable and vibrant . Alan Polomo flavors his vocals with a watered-down murkiness similar to Unknown Mortal Orchestra that make the tone of these tracks almost psychedelic at times, while maintaining that catchy groove that could have anyone in the building on their feet. “Glitz Hive” is a highlight of this,  which dives straight in with a Funkadelic-inspired bass line and an 80’s vocal pattern that hops in and out, detailing a meeting with a girl in a club, which perfectly complements the jaunty tone of the track, and is cut with a clever ambient outro that cuts the sugariness of the chorus-based song form. This is a recurring theme that Polomo utilizes all over the record, giving us enough chorus to rave to while also offering meticulously crafted measures of dense synth melodies and distorted electric guitar phrases that bring a tasteful palette conducive to active listening. Fly International Night School uses this to appeal at all levels, and culminates into a boundary-pushing, cohesive listen that invigorates as much as it sedates. If you enjoy the density and vibrancy of Washed Out or the danceable choruses and sparkling keys of Passion Pit, this record will fit nicely in your library.

If I was ever stuck in a space sci-fi film, I would want my scene to be set to Computer Magic. With dreamy vocals, danceable synths, and clean machine drums, Danz (aka Danielle Johnson), creates spacey synth-pop that sounds whimsical and airy. Computer Magic is wildly popular in Japan, and Davos, Danz’s first full length album after many EPs, keeps the unique and recognizable sounds of classic Computer Magic. Each track is masterfully layered, and her hypnotic coos over simple electronic beats create a noteworthy mix of songs. The opening track “Fuzz” is upbeat and danceable, “Be Fair” is full of catchy oos and ahhs, and “Chances” really features her bright vocals.