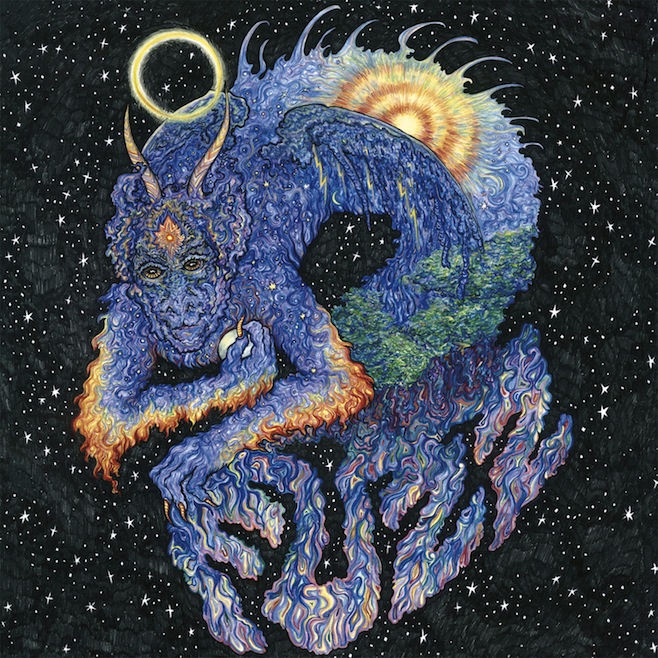 Fuzz
Fuzz
In the Red

Although the new self-titled release from Fuzz features Ty Segall on drums on vocals, his role on this album is far different than other releases. Instead of playing lead guitar, he’s playing drums and his vocals are buried far deeper in the mix than his other full band record (2012’s stellar Slaughterhouse). In fact, there are very few vocals on this record at all, with the songs themselves feeling far more improvisational and loose compared to many of Ty’s other records, with each track sounding like a demonic jam session. While Slaughterhouse covers much the same thematic material, Fuzz at times sounds far more menacing and more like an actual band just jamming around and having a blast rather than playing the tightest, most composed song possible. This leads to a lot of interesting, intense fuzz-rock songs and a solid start to a new project. – Andy Tabeling

Into It. Over It.
Intersections
Triple Crown Records

This is Into It. Over It.’s second full-length record and the first one this reviewer has heard. Simply put, Intersections shows a man (by the name of Evan Weiss) who has fully mastered his instrument – the guitar. At many times I was reminded of Television’s Marquee Moon – I’d hear three guitar lines that I thought would never come together sonically, and be astounded as Weiss spun an equally intricate vocal melody over that, creating some of the most complex-sounding music I’ve ever heard. This record falls more on the indie rock side of things, but there’s a lot more to it than that. Underneath the (occasionally) screaming electric guitars is an acoustic guitar quietly laying the basis for the whole track. It certainly feels like a very personal album. – Dan C.