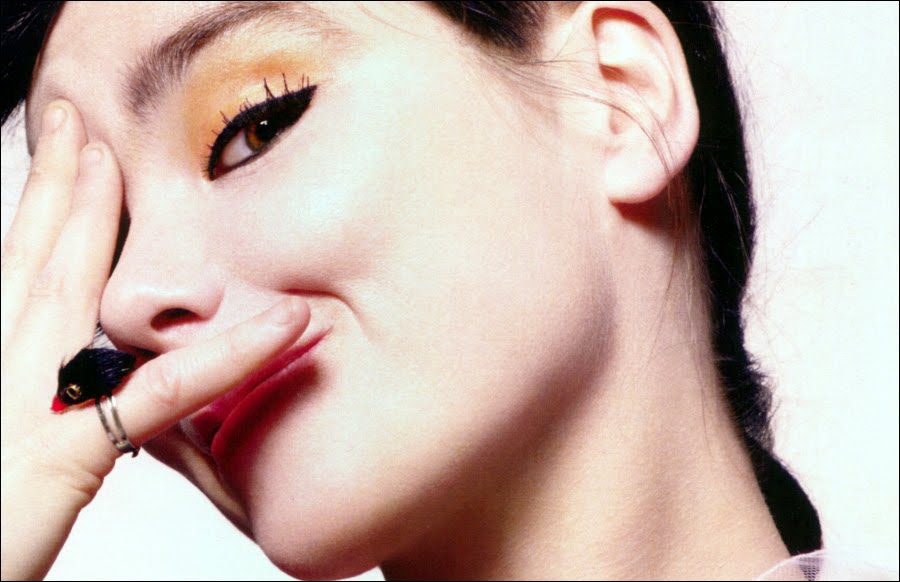 WUOG is heading to Chicago in a few days to cover the 2013 Pitchfork Music Festival and we’re getting prepared for the trip. One of my personal pre-festival goals is to convince Nathan to listen to Lil B’s 855-song mixtape in the car on the way up. Another more necessary preparation is festival pre-coverage. Nathan (who does not want to listen to Lil B’s 855-song mixtape on the way up) and I will be previewing our most anticipated shows day-by-day for the next few days. We hope you’re getting as excited as we are! – JJ Posway

Björk
International superstar Björk doesn’t really need much introduction. She’s been releasing music since age 11 and she’s composed more hits, caused more controversy, launched more careers and boasted more diverse collaborators then many artists ever do. We last heard from the Icelandic singer in 2011, when she released Biophilia, an ambitious album featuring an app for each song, scientific themes and accompanying educational workshops. It’s telling that this grand project is one of her lesser releases. Her greatest works Homogenic and Post produced chart-toppers yet also inspired further experimentation within pop music. Björk has always showcased a flair for design too, so I’m sure we can expect a highly visual show. I’m excited to see what she’s got lined up for her headlining slot. – JJ Posway

Joanna Newsom
This is one I’ve been waiting for. I’m as hyped to see Joanna Newsom whip out that big ass harp as I would be to see Jay-Z or Bruce Springsteen on a festival stage. She hasn’t put out a new album in three years and hasn’t played many live shows recently so I’m not sure what to expect (new material I suppose) but I’m hoping she runs through the hits. If it weren’t for R. Kelly this would be hands down my most anticipated show of the festival. – Nathan Kerce

Mikal Cronin
Mikal Cronin might be the most perfect choice for a summer festival in 2013. His new album MCII has some of the best sunny garage tracks of the past few years all together in an enticing summertime package. It’s almost too easy to imagine him rocking out as the crowd sips on margaritas and watches the sun slowly set in the background. It sort of sounds like I’m describing a Jimmy Buffet concert but trust me when I say that Cronin rocks much, much harder than Buffet ever will. – Nathan Kerce

Mac DeMarco
It took an embarrassingly long time for me to warm up to Mac DeMarco’s music but once it hit me, it started an intense love affair that has lasted all the way from the end of 2012 into midway through 2013. I saw him earlier this year during SXSW and his live performances are an impressive step above his recorded material. He has an energy and personality that doesn’t necessarily shine through on his album in the same way it does when you see him in person. He slurs and jams his way through songs with a sort of reckless abandon, usually while smoking endless amounts of cigarettes. Sure, some people think his stage antics make him come off as sort of an asshole but honestly that just makes me love him all the more. Just make sure you stand a ways back when you see him, he has a tendency to belly flop into the crowd. – Nathan Kerce

Trash Talk
Sacramento punk outfit Trash Talk’s notoriety has been slowly rising for the past eight years. Their frantic, fast paced brutal sound has a surprisingly wide appeal, reaching peak levels in 2011-2012 between the release of their Awake EP and their signing with Odd Future Records. Their live show usually consists of an aggressive and sweaty twenty minute run through of their best tracks. Lee Spielman may have a voice like a demon but he is a very genuine guy who cares about the people in the audience. He makes a very concerted effort to interact with fans in the crowd and discourage security from manhandling anyone. I have already seen them twice this year but their live performances are so energetic and uplifting that they still remain one of my top must-see priorities of the festival. – Nathan Kerce

Frankie Rose
Frankie Rose is a jangle pop MVP. Having played with the Girls Vivian and Dum Dum, Crystal Stilts and her own band, she’s been pretty busy over the past 10 years. Just last year she released the excellent Interstellar under her own name and the fact that she’s playing Pitchfork Festival probably means there’s more music to come. Her dreamy janglers will be a nice way to ease into the festival. – JJ Posway